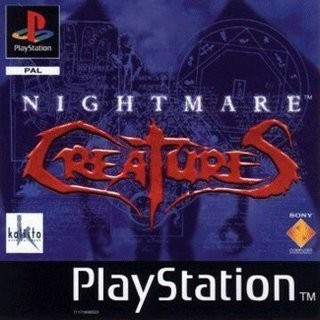 Prepare yourself for a relentlessly wild hack-and-slash bloodfest throughout the streets of London. The year is 1834. Adam Crowley, leader of the Brotherhood of Hecate, has found and deciphered a book written by Samuel Pepys. This book has granted Crowley the power to build a superior race of demonic creatures for use in taking over the world -- an initial goal of the Brotherhood.

It is now up to the player to stop the evil Crowley and silence the Brotherhood's ambitions forever by assuming the role of either Father Ignatius Blackward or Nadia F. Ignatius fights the hoards of evil as a means of life -- he is a firm believer in God and that of the ancient languages and rituals. As a monk, he has been schooled with the knowledge of staff fighting and will do whatever it takes to bring Adam Crowley to justice.

Nadia F. is a student looking for redemption and revenge. As she was traveling around the world with her father, he was brutally murdered by someone or something related to Crowley. Nadia had spent her whole life travelling the world with her father -- he was a professor and renowned doctor and showed her many different things. During her travels, she became a master chemist and learned much about microbes and viruses -- she also learned the art of fencing and was a natural born gymnast.

Each character has his or her own unique attack methods and combinations, all of which will be useful throughout the 16 levels of third-person perspective gameplay. While most of the time is spent in London, the player will travel through city streets, dark sewers, waterways and docks, etc. Along the way, Crowley's minions must be dealt with -- they come in the form of ravenous zombies, werewolves, flying reptilian demons, dockers, insects, and faceless men who are rumored to be dead/former members of the Brothers of Hecate.

Nightmare Creatures features analog support and a Memory Card can be used to save games. Saving is important -- you'll be doing plenty of that if you are to escape the clutches of Crowley's hellish creatures.