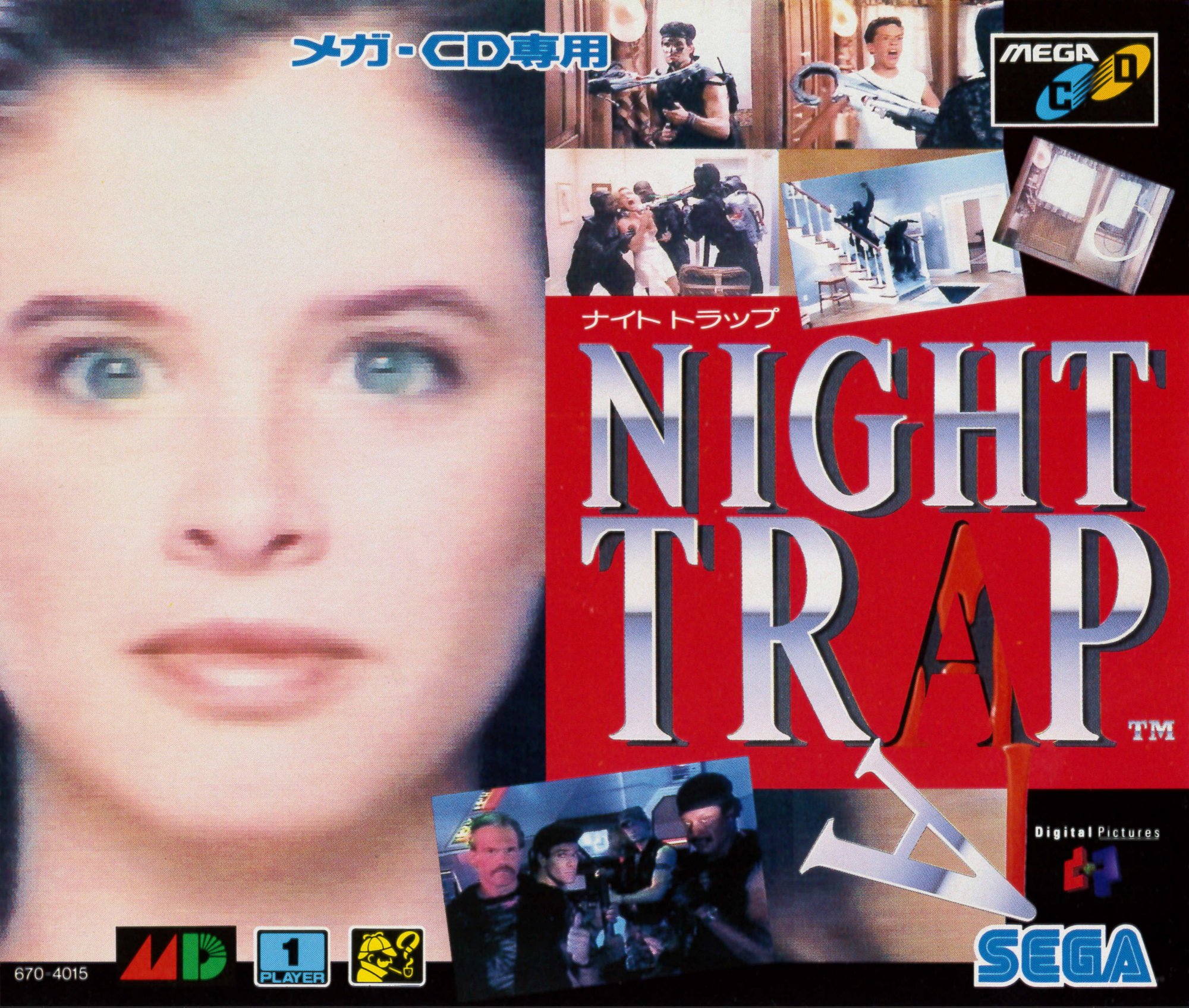 By Tanuki78 : December 1, 2020
Five girls go to a party in a nice house on a lakeside. Five girls disappear without a trace... Now another five girls go there in order to spend their vacation with the Martins, the owners of the house, in particular with the lovely Ms. Martin. This time, you should not let them die a gruesome death! Because "nice people" can sometimes turn out to be... yes, that's right - vampires.

The whole house is full of traps that are intended to catch the poor innocent girls so that the vampires can suck their blood. Luckily, the brave adventurer is there in order to cease to be hunted and to become a hunter instead! Set the traps so that they capture the villains themselves, using precise timing and good organization.

Night Trap was the very first game that used FMV (full-motion video) technology with live actors. Although it doesn't contain nudity or particularly gory scenes, it was considered one of the first games to have mature content.