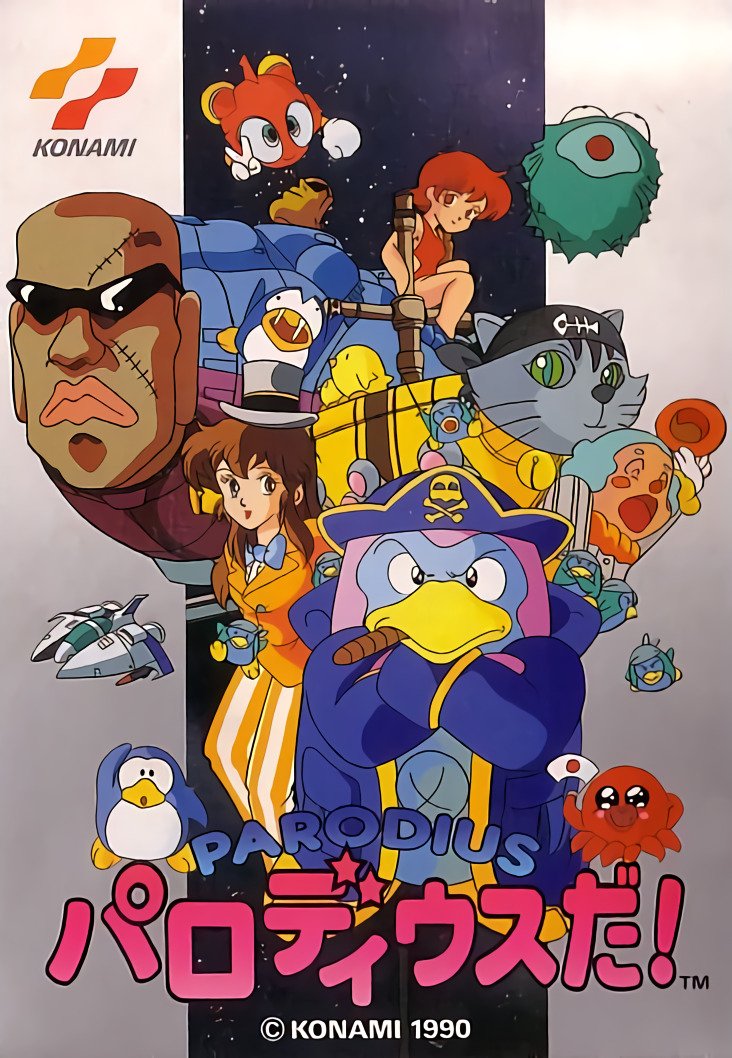 One day, our octopus friend gets into a fight to the death with his old rival, the bug. Our octopus wins and people start to call him Mr. Parodius. On his paid vacation he goes to the countryside to enjoy a little farming. Returning to our ready-made octopus pot, he reads the "People of the Universe" newspaper and nearly falls off his chopping board in surprise. There now is a picture of the mysterious Great Octopus with the Earth in his arms.

"F...father?," he stutters. It was his father, who had disappeared just two years before never to return home.
So Octopus sets out on a search for the truth and with his companions begins to travel the world!