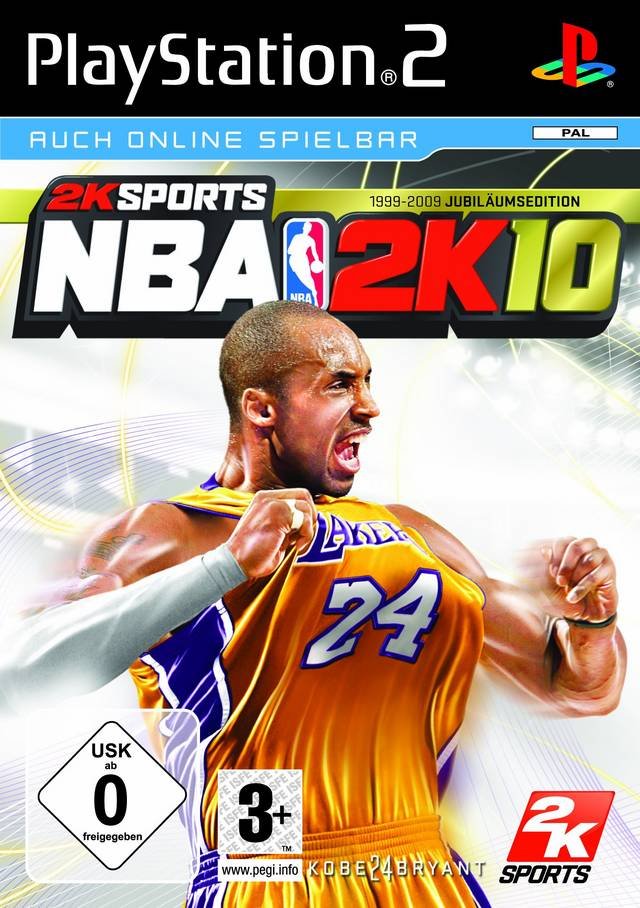 The next release in the NBA 2K series, NBA 2K10 expands previous game modes, brings roster updates, and adds a number of new online-linked features meant to add more realism to the game.

2K10 features an improved player-creation mode that, aside from standard physical and appearance options, also includes tendencies, attitudes, dribble and dunk styles, and signature moves. Created players can be used in the new "My Player" simulation mode, where the created basketballer rises from an undrafted rookie through the entirety of his NBA career. This mode is a simulation in the truest sense, and players imported into it must pick a position on their team and are expected to play it accurately, unselfishly, and without deviation (no wandering the court in search of dunks and flashy superstardom).

Xbox360 and PS3 players may download the NBA 2K10 Draft Combine game to create a player and give him a head-start on skills in My Player mode. Players can also form online crews and play pick-up games that don't affect the character's schedule, but still result in experience points.

"The Association" sim mode has been expanded, allowing players to control and manage all 30 NBA teams at once, follow the realistic progress of generated players, share custom draft classes, and manage new developmental league teams.

Internet-connected consoles may elect to receive live updates through the "NBA Today" feature. This optionally updates rosters and stats to reflect changes in the actual NBA (including trades and injuries), down to offering date-specific color commentary based on when the game is being played.

A variety of other gameplay tweaks have been made, including new dribbling and defensive controls, lockdown defense, a new stamina system, 24 active play calls, and the ability to save progress in the middle of a game and return to it later.