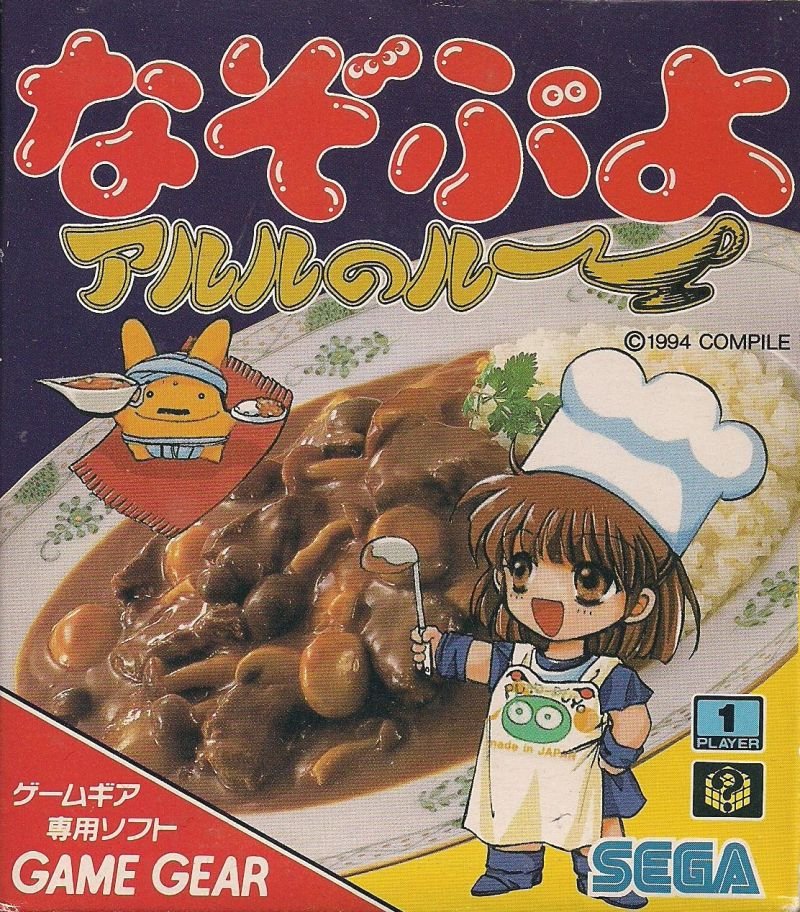 By Tanuki78 : September 5
One day, Arle, the cute girl who is also the protagonist of the Puyo Puyo and Madō Monogatari games, decides that she shall have curry rice for dinner. She heads for the market, but all the market stalls are run by the usual crowd of baddies from Puyo Puyo. And they won't take cash! Instead, before they give her the necessary ingredients, she must solve the Puyo puzzles they have on offer.

The game starts out as a normal top-down RPG, where Arle can go from stand to stand and choose in which turn to clear the merchants' puzzles. The puzzles are played in the typical Nazo Puyo style, with a set field of existing Puyos which Arle must tackle given only a limited number of new Puyos. In order to clear a puzzle, Arle must fulfill a certain goal, such as clearing all Puyos of a certain colour, make chain reactions of a certain length, or eliminate only a certain number of Puyos (no more, no less). Luckily, she can see what Puyos are available for several drop in advance. If she fails to solve a puzzle, Arle can retry, but for each failure, she will lose health. Solving a puzzle makes her level up through the same system used in Madō Monogatari, with a ring of lights around the screen. Raising a level restores health. Will Arle ever be able to cook her curry?

The game also contains a "Toko Puyo" mode, which is the endless mode known from most regular Puyo Puyo games.