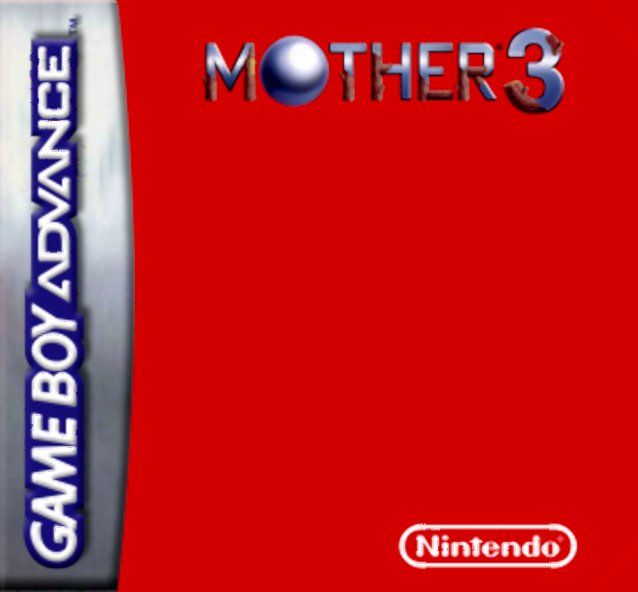 The Nowhere Islands are an idyllic place; the residents of Tazmily Village live peacefully and in harmony with nature and with each other. But this changes when the mysterious Pigmask Army arrives and proceeds to destroy and corrupt, with force and sly persuasion alike. The main character is Lucas, a young boy who must find out who wants to destroy the tranquility of Nowhere Islands and turn them into a high-tech nightmare.

Mother 3 is a top-down role-playing game. The player character (the characters controlled by the player change often) travels around the Nowhere Islands with his party, talking to people and furthering the plot. It is possible to "dash", which not only allows to travel faster, but also allows to knock weaker enemies out of the way (or to ram some objects/characters).

There are many enemies to battle in the game. The battles are turn-based; each turn, a character can attack with his weapon, use a special ability (some characters have powerful psychic abilities, others have different special skills), use an item or try to run away. The battles feature a musical combo system, where tapping a button in rhythm with the background music will cause additional damage to the enemy. The characters have "rolling HP meters"; when they are dealt damage, they don't lose all the HP right away, but their HP decreases slowly; this way, even if a character receives massive damage, he can survive with only minor injuries if you manage to end the combat quickly. Winning battles gives the characters experience (and thus makes them stronger) and, later in the game, money (known as "DP"), which can be used in shops to buy better equipment or useful objects.

There are many frogs encountered throughout the game, who serve as save points (and later as ATM machines). If all characters die during a battle, you can come back to life near the latest save point encountered and try again.

A file is present in the game archive to list the different changes between the previous version and this version.

Thank you to the translation team.