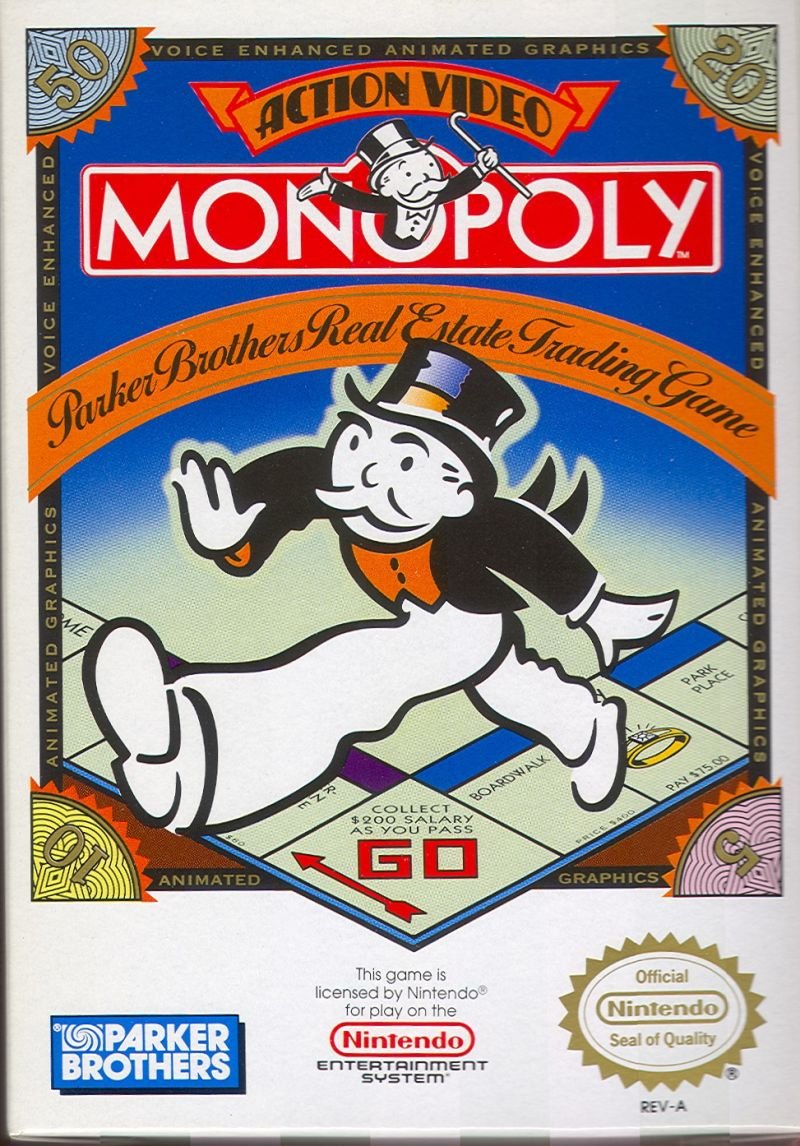 By Tanuki78 : August 30
From Sculptured Software comes an adaptation of the classic board game Monopoly for the dominating console systems of the early 90s
The game can be played by up to eight players. Any number of positions can be taken over by computer opponents. The game comes with eight different opponents, which are selected from a portrait gallery
It is possible to set up a time limit for a game, and also to customize the game. Amount of starting money, owned properties, houses and hotels can be set for any player before starting. The game also comes with a number of preset scenarios with varied starting parameters. The 8-bit versions have eight scenarios, the 16-bit versions add another four.
During gameplay, the board is seen from the top. Moving tokens are displayed in a special animation in the center of the board, as is a hand throwing the dice. Auctions and trades take place on special screens, with the 16-bit versions being more elaborately animated and illustrated.