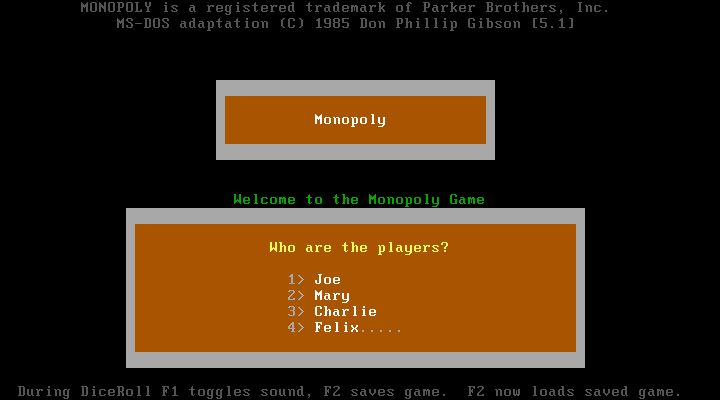 By RomStation : January 3
Don Phillip Gibson developed this Monopoly game on a Tandy 1000 computer in an effort to teach himself the Borland Turbo Pascal programming language. Released as Shareware, the game can be played by 2 to 4 players and includes a Save Game feature.

Gibson's finished product incorporates all of the official rules of the Parker Brothers original game. The options and features are completely menu driven and are shown within various colored pop-up "windows" in text mode, reminiscent of the early Norton Batch Enhancer program. Selecting a letter from a menu invokes another menu. The only real graphic is the simple CGA board.

The dice move and make a rattling noise when "rolling" them during a turn. There are other occasional beeps within the game invoked by various selections.