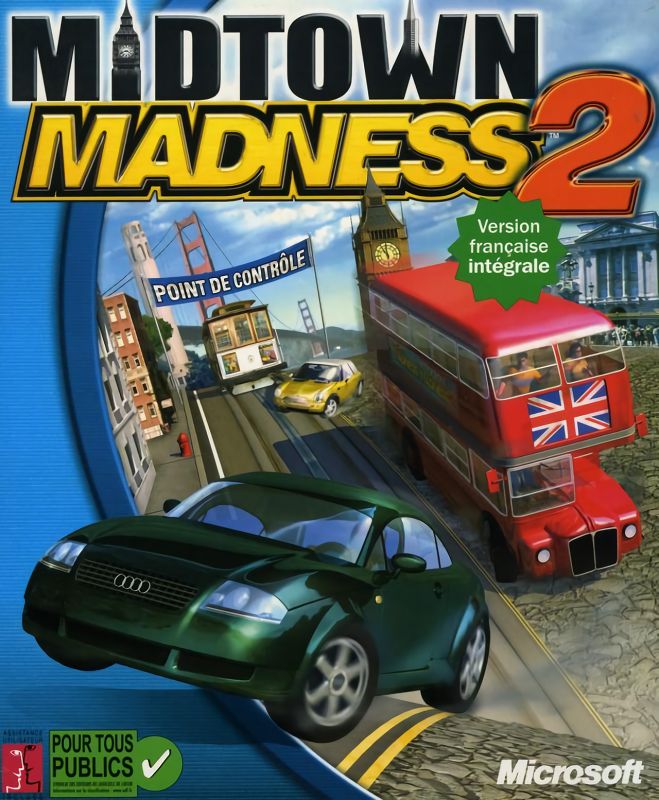 In Midtown Madness 2, players get to race a greater variety of vehicles than in the original Midtown Madness. New vehicles include: a Mini, a Panoz roadster, a Ford pickup and a Greyhound bus. Gameplay is essentially the same, being arcade oriented with simplified handling and physics, and pure action modes.

The roads, hazards and visual style of London and San Francisco are incorporated. A Crash Course Career mode allows players to take the role of a stunt actor or a taxi driver. The races are short and simple, but the player should expect tight turns and tighter time limits.