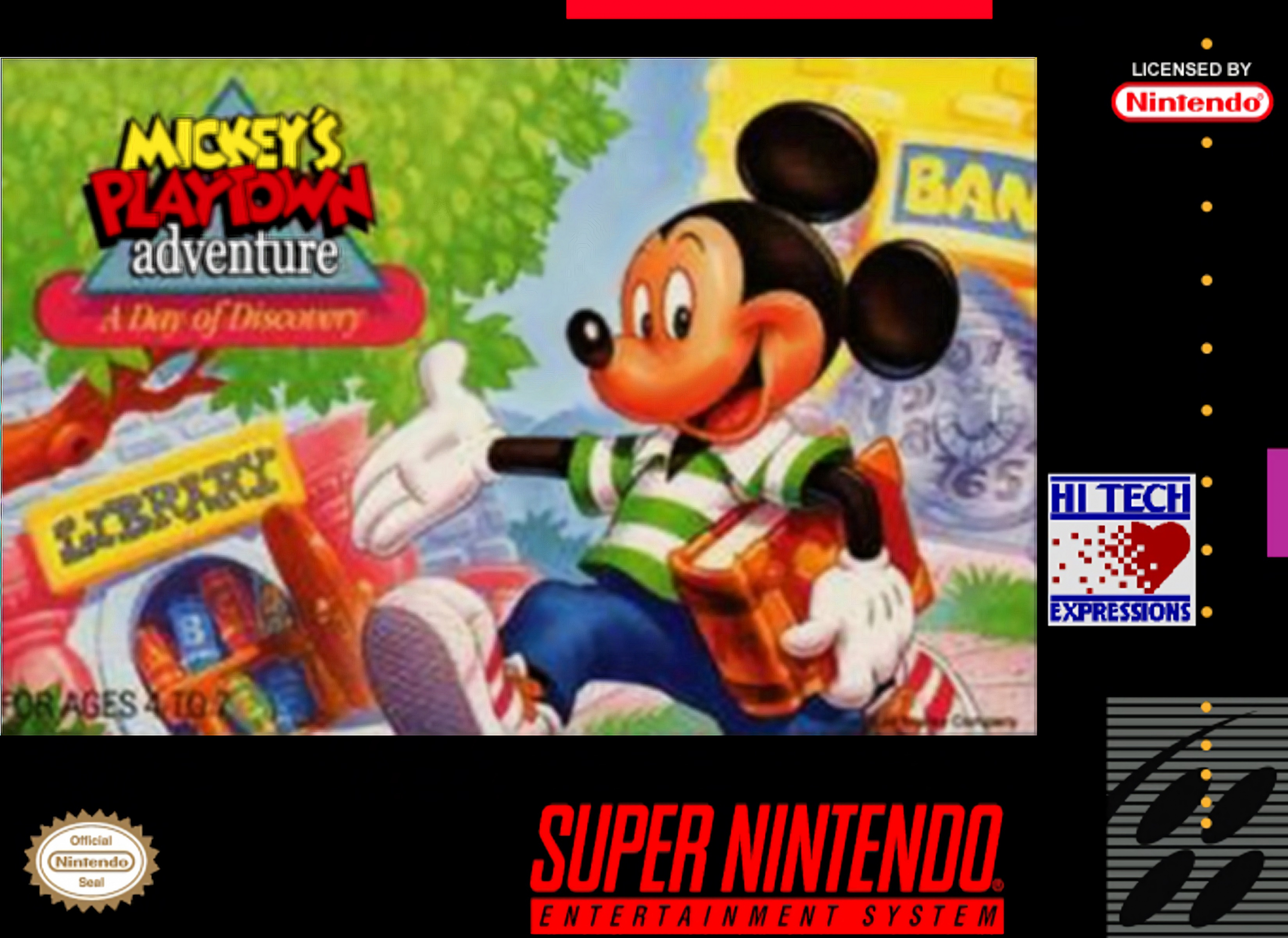 Mickey's Playtown Adventure: A Day of Discovery, or Mickey's Playtown Adventure for short, is a 1994 video game published for the Super Nintendo Entertainment System. The game stars Mickey Mouse as he goes on an adventure in Toontown to solve puzzles and riddles involving letters, numbers, shapes and objects. The game was canceled before it could be released, despite being finished.