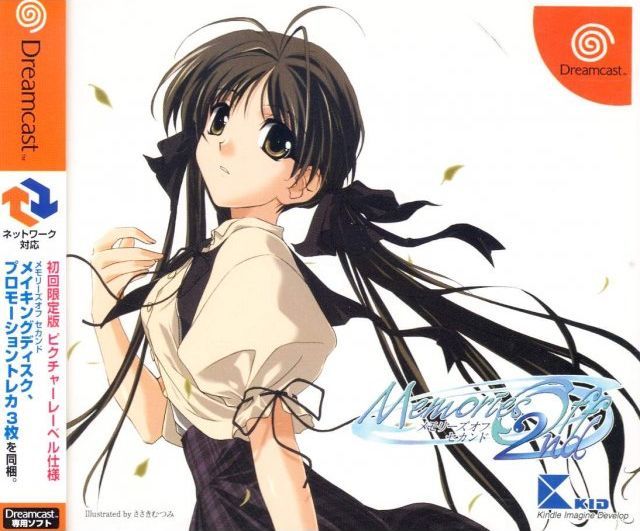 By Apharel : May 26, 2015
The second installation in the Memories Off visual novel dating simulation series featuring whole new characters with similar gameplay.

The player plays as Ken Inami, a 17 year old junior high-school student. Ken has his dreams and aspirations and would want to go to a film school. His girlfriend, Hotaru Shirakawa, is more interested in music and would like to go to a music school. They've been dating for a while, and while they thought it may last forever, their relationship hit a bump and is hanging by a thread. As Ken, you can try and save your relationship, or break up and chase after another girl. Game features many different endings, depending on the girl you end up with... or if it's the bad ending, the girl you break up in the end.

The game consists of reading text and dialogues over the background images, similar to other visual novels, with occasional choices that may branch the story. For replays, gave features fast-forward option that lets you skipped through previously read events.