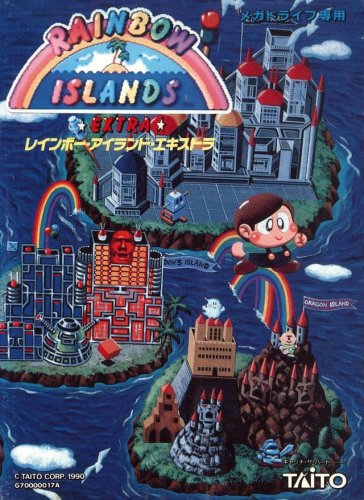 Rainbow Islands Extra is a version of the classic Taito coin-op Rainbow Islands. Home console versions Include both the the original game and the reworked "Extra Version", in which the stages and bosses have been rearranged to be more challenging. As with the other versions, the game is set in the titular Rainbow Islands, where the two boys Bub and Bob (no longer small dragons as in Bubble Bobble) must free the islands from the evil monsters who have overrun them, by using the magical power of rainbows! In addition to both the Original and Extra modes, the game also includes three difficulty levels.