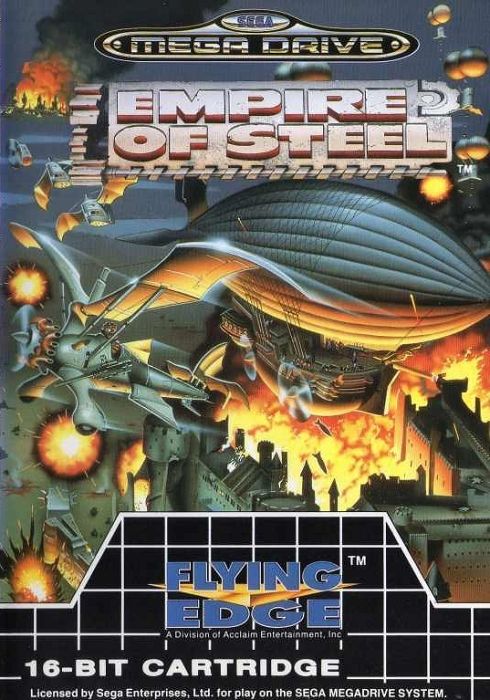 The skies are populated by zeppelins, large battleships and flying fortresses. In this age of steel, the Motorhead Empire has conquered and enslaved almost the entire planet. The last free nation, the Republic of Silverhead, tries to bring the Motorhead Empire down using its newly developed weapon, the lightning bomb.

Apart from its unusual Steampunk setting, Steel Empire is a fairly traditional side-scrolling shooter. At the beginning of every level, the player gets to choose between a striker plane and a zeppelin. While the plane is faster, the zeppelin has a longer life bar and can therefore sustain more damage. Both ships use the same standard weapon, which can be fired forwards or backwards, as well as bombs that are released automatically while firing. Also available is a limited number of lightning bombs that damage or destroy all enemies on screen.

Options are small "drones" that fly alongside the player's ship and mimic its behaviour.

Experience points can be collected to level up the ships' weapons (up to level 20) and thereby increase their fire power.