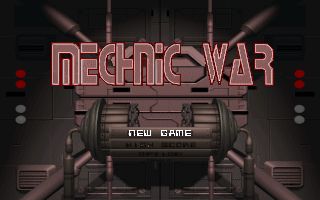 By RomStation : January 3
A Korean Beat'Em Up featuring mechs.

The most interesting moment in Mechanic Waris that a significant part of the battles between robots (especially at the beginning of the game) occurs with physical contact, that is, they are fighting with the help of various types of melee weapons of enormous size. There is a basic weapon (for example, a small drill), but there is one that can be picked up from defeated opponents and "put on" to the robot's mechanical arms (with the other non-weapon that already exists there, you have to remove). Weapons of this kind include clubs, huge boraxes, semblance of swords and so on.