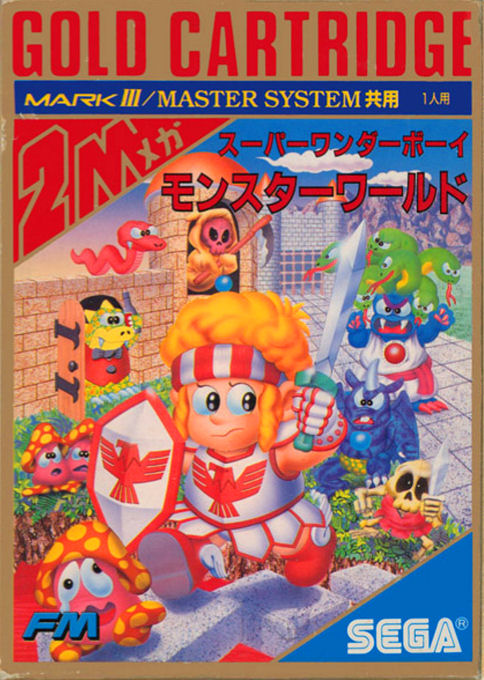 "Monster World was once a peaceful region. Then, the peace was shattered by an invading army of monsters. A young man named Shion vowed to defeat them and make his land peaceful again."

Wonder Boy In Monster World puts you in control of Shion in his quest to save Monster World from the evil hands of BioMeka. It controls like your standard platform game - run, jump, and kill enemies. The game is filled with RPG elements such as talking to townsfolk, collecting money to buy items, upgrading your life, and equipping a variety of armor and weapons - staying very close to the "Zelda format". You can save your game to continue your quest at a later time.