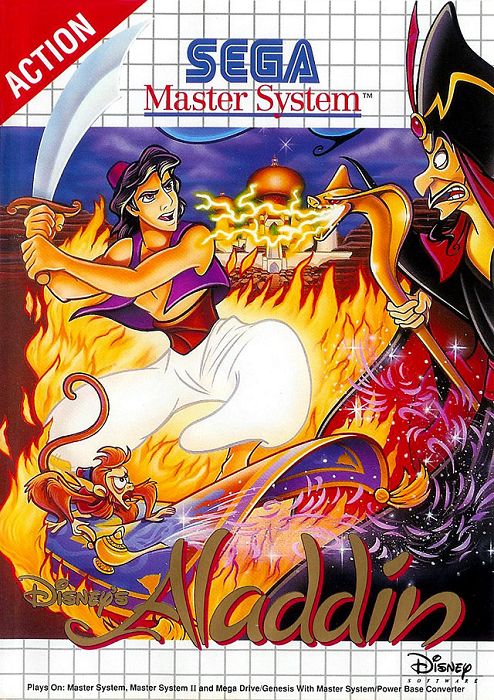 Like other versions, it is a side-scrolling action game. The player controls Aladdin, making his way through a variety of locations, including the streets of Agrabah, the Cave of Wonders, the Sultan's palace and more. Gameplay takes several different forms: some levels are chases, where Aladdin runs automatically, but must be made to jump over chasms or rolling rocks and barrels, evade falling objects and avoid getting caught by a guard. Other levels are platforming affairs: Aladdin must run, jump and climb, find keys or switches to open doors while searching for the exit. Rocks can be collected and be thrown to dispatch enemies or hit buttons otherwise out of reach. Finally, there are also several magic carpet rides in the game, in which the level scrolls automatically and the player must make sure to avoid any obstacles in the way.