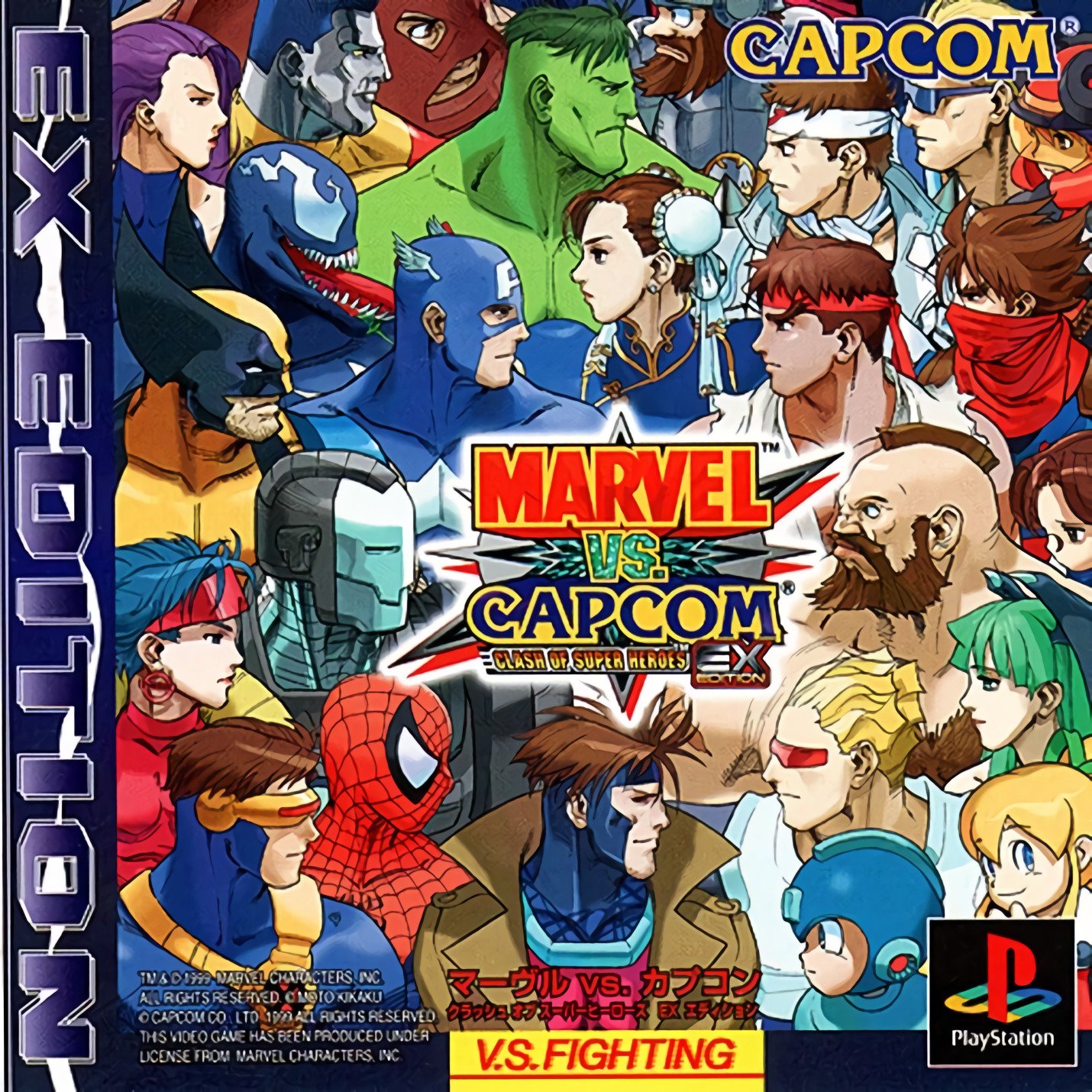 By GambierBae : January 21
Marvel vs. Capcom: Clash of Super Heroes is a 2D fighting game that combines characters from Capcom's videogames with characters from the Marvel comic universe, similar to Marvel Super Heroes Vs. Street Fighter. The game takes place in a Marvel universe where Professor Charles Xavier asks the heroes to help him before he merges with the consciousness of Magneto to form the being known as Onslaught, the final boss.

The game follows the standard fighting gameplay, but different from X-Men vs. Street Fighter you now have to make up a squad of three characters instead of two. The other characters can be summoned for assist attacks and there is also a duo team attack to control two characters for a brief time, along with the ability to perform super moves where the characters team up.

Options include a straight arcade battle, 4-player tag modes (Dreamcast version only), a survival mode (much like Street Fighter Alpha 3) and a training mode. The PlayStation version does not have the 4-player tag mode and also reduces the second character to an assist role, but in addition introduces a "crossover" mode where tag-team play with identical teams is possible.