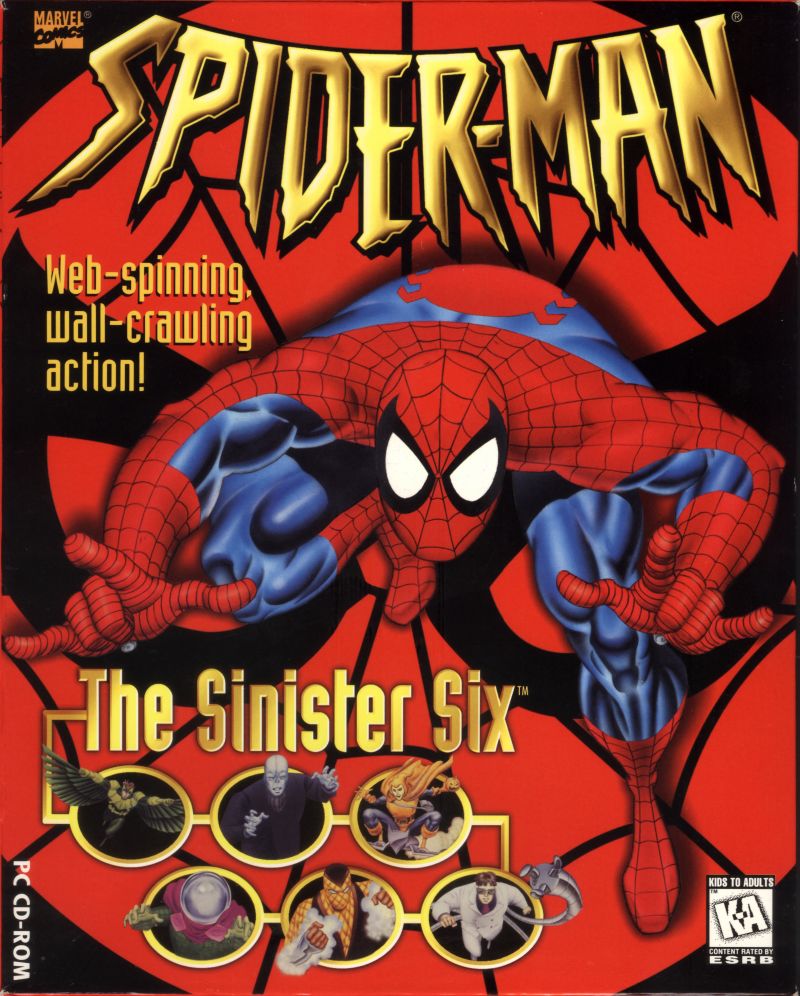 By RomStation : January 3
Marvel Comics Spider-Man: The Sinister Six features the wall-crawling superhero Spider-Man, trying to defeat six of his arch-enemies, The Sinister Six: Dr. Octopus, Hobgoblin, Shocker, Chameleon, Mysterio, and Vulture. The player will control both Spider-Man and his alter-ego Peter Parker.

At heart, this is an adventure game. It consists of conversing with people and solving puzzles. From time to time, the player must choose which presented event he will pursue, leading the narrative one way or another. Six different story lines and outcomes are possible. Puzzles are of the type "break the code", or "decrypt the message".

Every time a member of The Sinister Six is encountered, a boss fight mini-game has to be won. It's possible to practice these combat sequences without playing the main game.