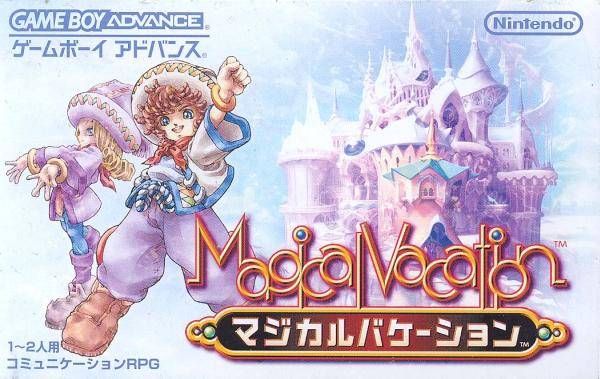 Magical Vacation is an adventure RPG for the Game Boy Advance. In the magical kingdom of Kovomaka, war erupted for three days, but it was kept a secret from ordinary citizens. A man traveled all over the country in preparation of the next battle. Several years later, the player starts attending Will-O-Wisp, a magic school, at the principal's invitation. The player has the ability to interact with spirits. The class is sent away to summer school by the Valencia seaside, where schools are said to have gone missing. A monster called an Enigma shows up on the beach and abducts several students, whom the player must find and rescue.

The map is divided into four plains, each having several of their own terrains and inhabitants. The player battles enemies in turn-based battles, with strengths and weaknesses depending on element. There are also three multiplayer options: Let's Amigo, Let's Onsen, and Let's Taisen. Amigo lets players exchange spells. Onsen lets players access each others' hot springs, which can be used to power up. Taisen is a multiplayer battle mode.