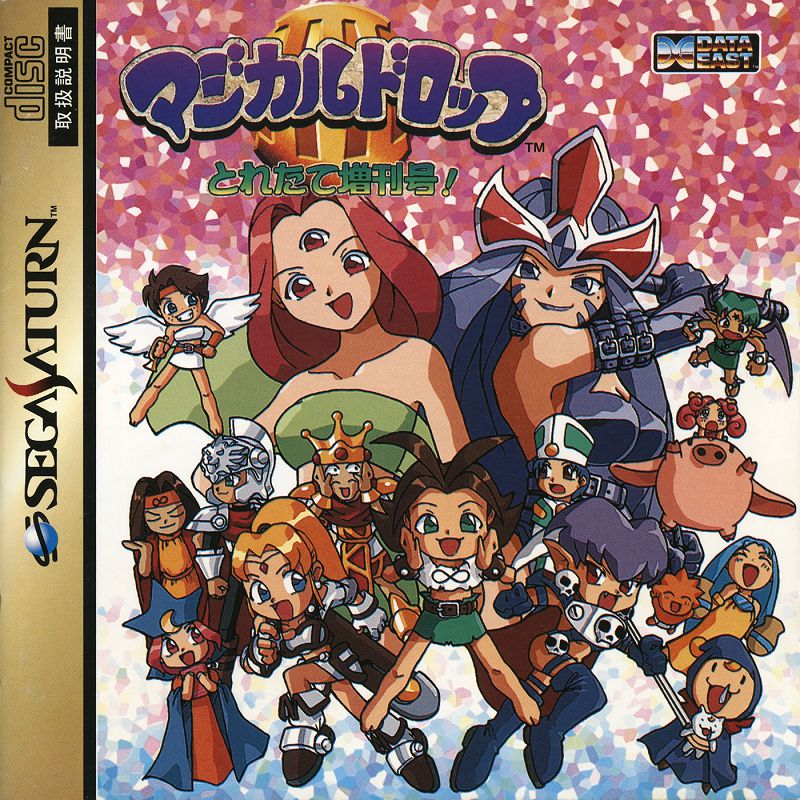 By GambierBae : November 15, 2019
This is the third installment in the puzzle frenzy series Magical Drop. In the game you control a clown who throws marbles up on the screen into the cluster of multi-colored marbles, rocks and crystals. The goal is to get three or more of the same color to remove marbles, but you can also grab more than one at the time to create long chain combos and gain better "special" blocks at the top of the screen.

You can play the game in single player modes or versus a friend in versus mode. In versus mode you get to pick your character, much like in a fighting game, each with their own counter attacks and abilities.

For the PSX version, the first Magical Drop was included on a separate disc.