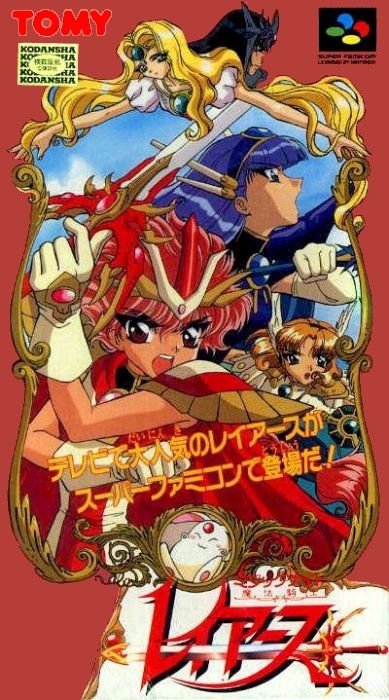 This game is based on the anime and manga by manga artists CLAMP.

In the land of Cephiro, the world was kept in peace and harmony by the wishes of Princess Emauraude, the Pillar of Balance. But the evil priest, Lord Zagato, has kidnapped Emauraude, and Cephiro is being invaded by deadly beasts. If this continues, Zagato will gain complete control of Cephiro! The only ones who can stop him are the legendary Magic Knights...

And those Magic Knights are three young girls from Earth. Hikaru Shidou, Umi Ryuuzaki, and Fuu Hououjii have been plucked from modern-day Tokyo and brought to Cephiro by Emauraude, and they're the only ones who can defeat Zagato...as the Magic Knights!

This interpretation of the manga story is a traditional Japanese-style RPG. The player controls the three main heroines as a party; each one uses different weapons and learns various skills. Typically for the genre, the party roams the top-down world, visits towns, descends into dungeons, chats with non-playable characters, and fights randomly appearing enemies in turn-based style.