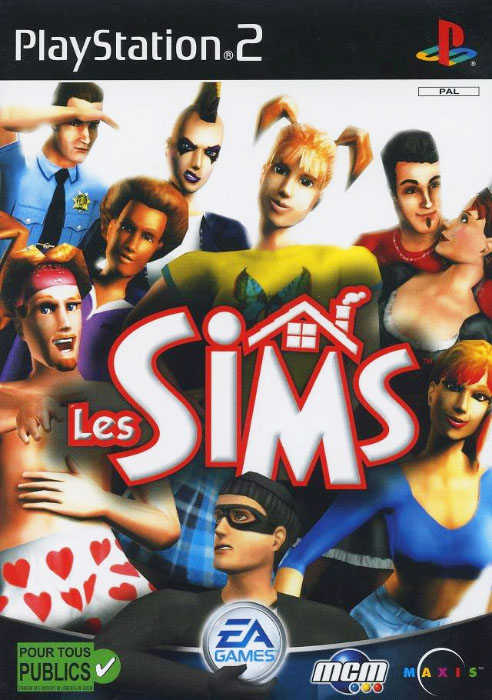 The Sims (sometimes referred to as The Sims 1, TS1, or Sims 1) is a single-player interactive life simulation game, developed by Maxis and published by Electronic Arts. In the game, players control the day-to-day lives of virtual people called "Sims". Sims require direction, via mouse inputs, in order to have their needs met and live their lives efficiently. Sims have a degree of free will, but not enough to be considered completely independent (and even this limited free will can be disabled). The residential lot that individual Sims or families call home can be upgraded both in terms of the structure (Build Mode) and the furniture that occupies it (Buy Mode).
The Sims is a spin-off of the SimCity series, and was created by SimCity creator and Maxis co-founder Will Wright. The Sims was released on February 4, 2000, to wide critical acclaim and numerous awards. The success of the initial release led to the creation of a total of seven expansion packs for the game, and ultimately led to the release of other games in the The Sims series, including the sequel titles The Sims 2, The Sims 3, and The Sims 4.
TrOPhYGaMeRz reacted to this