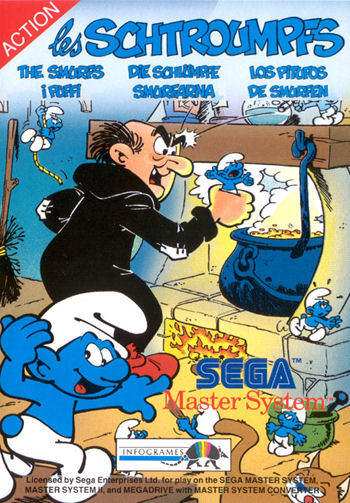 The evil Gargamel has captured three of the smurfs, so that he can have them for dinner (Once again). One of the smurfs must go out on a dangerous journey and rescue the captured smurfs. Beat the first two bosses to rescue the first two smurfs, then you can take on Gargamel. Make your way through forests, swamps, mountains, mines and more. Also ride storks, mine carts and logs to defeat Gargamel and his minions and to rescue the missing smurfs.