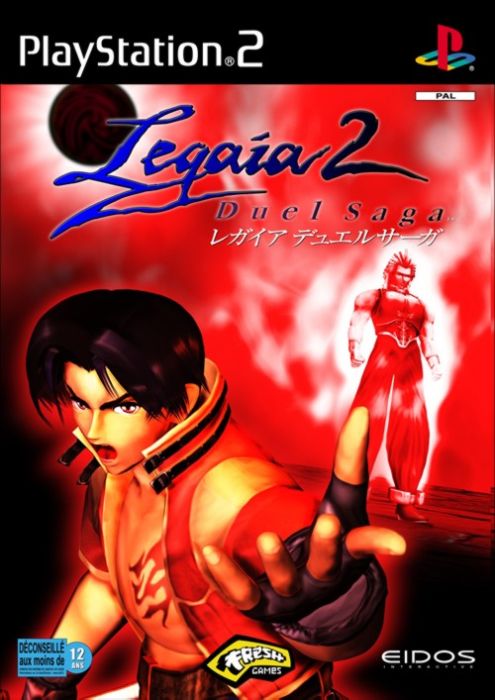 A group of people known as Mystics live like outcasts, shunned by most humans because of their unique connection to the world of spirits: they are able to summon powerful supernatural beings called Origins. A small village of Nohl is a refuge for Mystics; one of them is a young swordsman named Lang, whose duty is to protect a crystal that supplies the town with water. One day, Lang meets a mysterious man who manipulates him into giving up the crystal. Determined to correct his mistake, Lang sets on a journey to retrieve the crystal, on which he will learn more of the role the Mystics and their Origins play in the world.

Legaia 2: Duel Saga is a follow-up to Legend of Legaia, though it is not directly connected to it story-wise, featuring a different cast of characters. Like its predecessor, it is a Japanese-style role-playing game with turn-based combat. The game utilizes a system called "Arts", which requires the player to press a combination of buttons corresponding to fighting moves during battles. These are divided into the sub-categories "Normal Arts" (basic moves), "Hyper Arts" (more powerful moves that require special points to be spent), "Mystic Arts" (Origin powers), and, finally, "Variable Arts" (team attacks).

The game also features a Camping mode; accessing it, the player is able to communicate with the characters in the party, prepare meals from ingredients, and craft items such as weapons, armor, and accessories.

Whiplash06, arkaa38270 and Sliven reacted to this