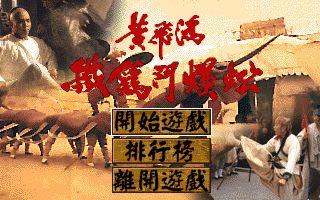 This is a regular beat'em'up, where Jet Li's hero goes forward, defeating countless hordes of opponents. Attack types are only two: punches (space) and a powerful horizontal "span" with a series of frequent kicks (Enter), which fully justifies the nickname of the master and his unique style. But this method is spent quite a lot of effort. In stock you have three lives. Opponents will be different: "pumped" giants, just warriors, fighters with different types of bladed weapons, and also on one game site among several screenshots of the game, the red scolopendra is depicted, which will most likely act as boss on the levels. For defeated opponents, points are awarded.