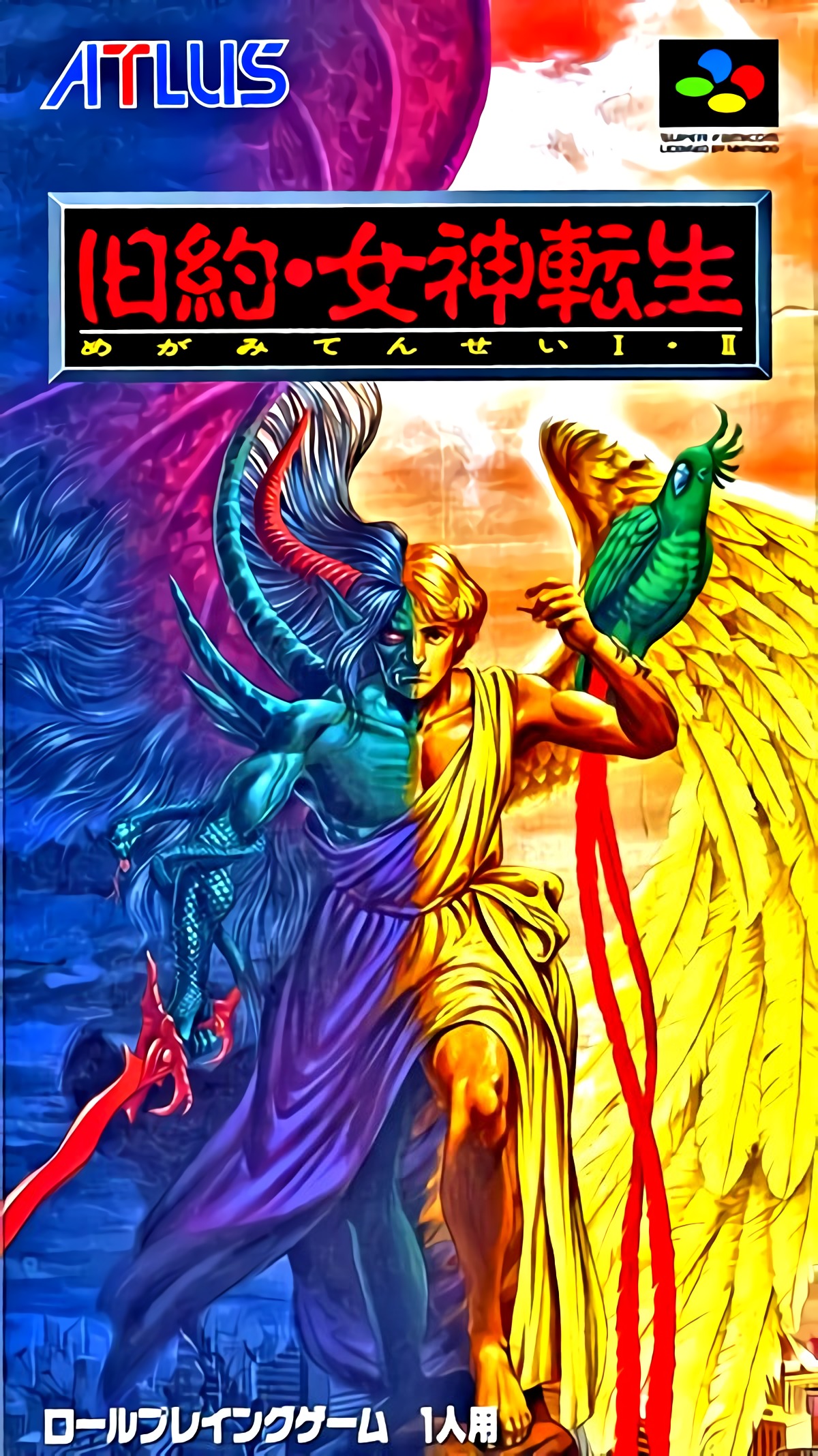 This is Atlus' remake of Namco's two first Megaten games for NES. Graphics were improved to fit SNES standard, and there were some slight changes made to the interface (to resemble the classic look of Shin Megami Tensei, especially in the first game).

The first Megami Tensei follows the story of Nakajima, a programmer who has to become a devil summoner in order to stop an invasion from another world. Dungeon navigation and battles are viewed from first person perspective.

Megami Tensei II puts you in the role of a nameless hero, a member of Devil Buster group who fight demons in a post-apocalyptic world that was caused by an atomic explosion in the end of the 20th century. Dungeon navigation gets a new top-down view in this sequel.

Thanks to DDSTranslation, Iriliane and Fernando Garcia for this translation.