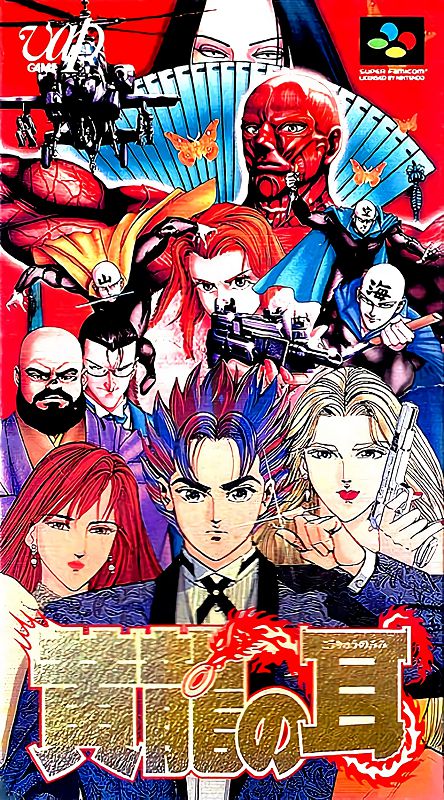 Kouryuu no Mimi ("Ear of the Golden Dragon") is a single-plane brawler for the Super Famicom that loosely follows the plot of the short-lived 1995 manga of the same name.

Natsume Kiroemon is the 45th in a long line of guardians of the legendary treasure of a former Emperor of China, the Ear of the Golden Dragon, which is said to instill immense powers in its owner. Falling in love with the scion of the rival Mina clan, Kanako, the powers of the earring manifest when she is kidnapped on their wedding day.

The game focuses on a local orphanage that the Kiroemon family has protected for many years that comes under attack from a league of bikers and other villains who believe a horde of gold is stashed underneath. The player moves left to right fighting enemies as they appear, relying on their martial arts and found weaponry. After enough enemies have been defeated the Ear of the Golden Dragon confers additional power to Natsume, making him faster and stronger temporarily.

Thanks to RPGONE Team for this translation.

The game crashes from the beginning with Snes9x. Compatible with the ZSNES emulator among others.
Game files
Kouryuu no Mimi 2019/09/02 784.18KB
DamonSalvatoore reacted to this