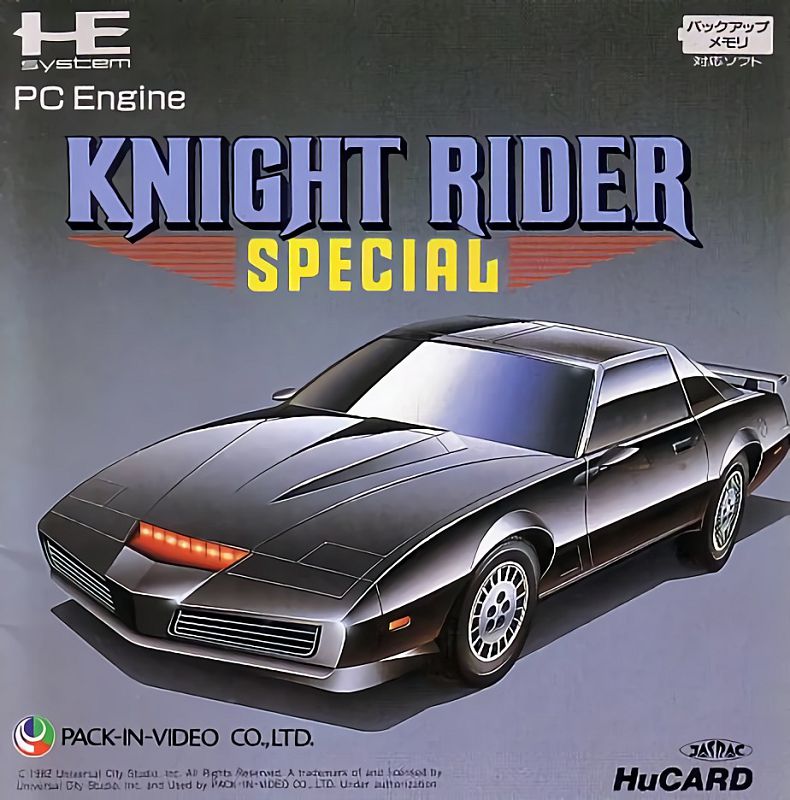 Knight Rider Special is an action game based on the TV series Knight Rider. It is similar to the NES version, but is played in a third-person perspective. The player takes control over KITT, the speaking car.

The main goal of the game is to finish each course within a time limit. However, the presence of other cars and trucks (which may shoot at KITT or are simply in the way) make this difficult. Those can be overcome by either shooting them with one of the build-in weapon systems, jumping over them with the turbo boost or simply passing by. It is also important to keep on the road because ramming against lamp posts is unhealthy. KITT's abilities can be upgraded during the course of the game.

Thanks to Psyklax for this translation.