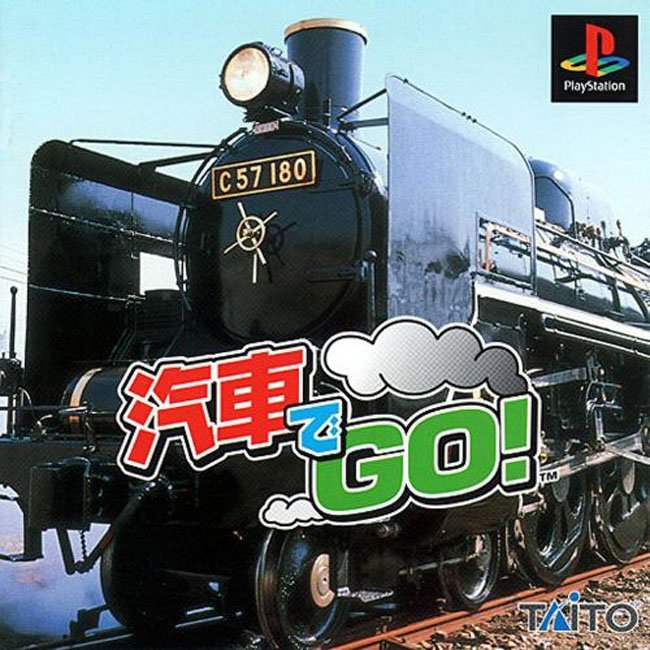 Where the Densha De Go! simulators featured modern trains, this simulator goes back in time and features a few different Japanese steam locos. Kisha de GO! is part of the Densha de GO! series by Taito.

This game let's you drive steam locomotives through the Japanese countryside - the coverage included portions of the Keihin-Tohoku Line, Shin'etsu Main Line and Ban'etsu-Sai Line.

Controls are somewhat more difficult than usual for the Densha de GO! series. This is to reflect the simulation of steam engines.These are harder to drive than the modern trains, as these have poor brakes and you have to 'keep the fire burning' and watch the water level in the boiler.