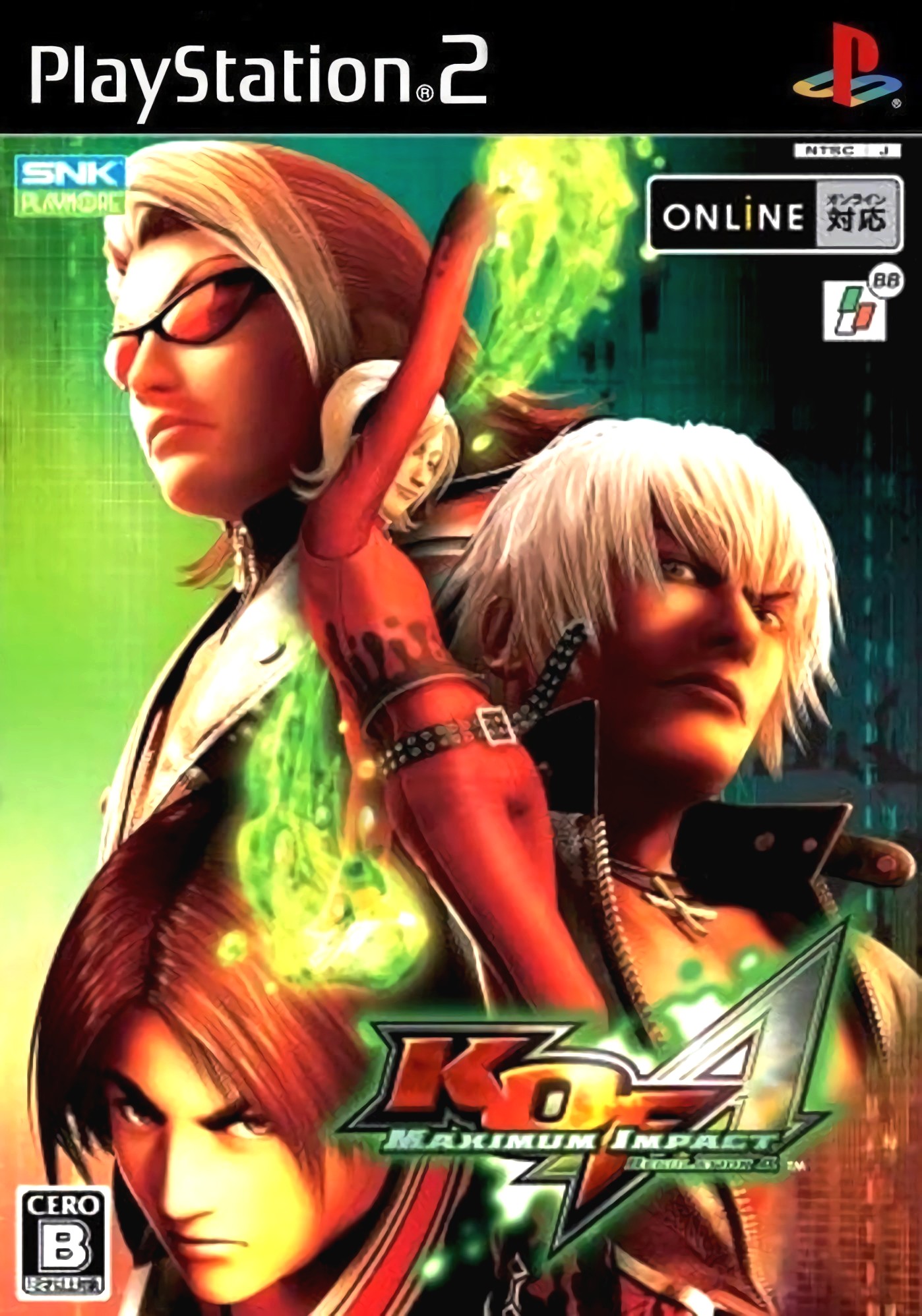 KOF Maximum Impact Regulation "A" is a fighting game developed by SNK Playmore and is an upgrade to KOF: Maximum Impact 2. It was released for the Taito Type-X2 arcade system in July 2008. It is the only arcade release made for the KOF: MI series. It adds the classic 3 on 3 game play from the 2D KOF series with the hopes of winning over the series' fanbase as well as new players. The game was also released for the Playstation 2 only in Japan on July 26th, 2008

Several stages as well as the story and challenge modes from Maximum Impact 2 have been removed. In addition, all of the characters have lost half of their outfits in both normal and alternate types. Armor Ralf was removed from the roster due to him overpowering the rest of the casts. Some new music, including songs from the original Maximum Impact and Sengoku 3, have been added, in addition to new alternate versions of stages and a new level for Makoto Mizoguchi.

A sequel called KOF Maximum Impact Regulation "A" 2 was announced for the PS2 and Taito TypeX2 at the Tokyo Game Show 2008. Many believed that the game was put on hold due to the development of KOFXII, but it was later canceled