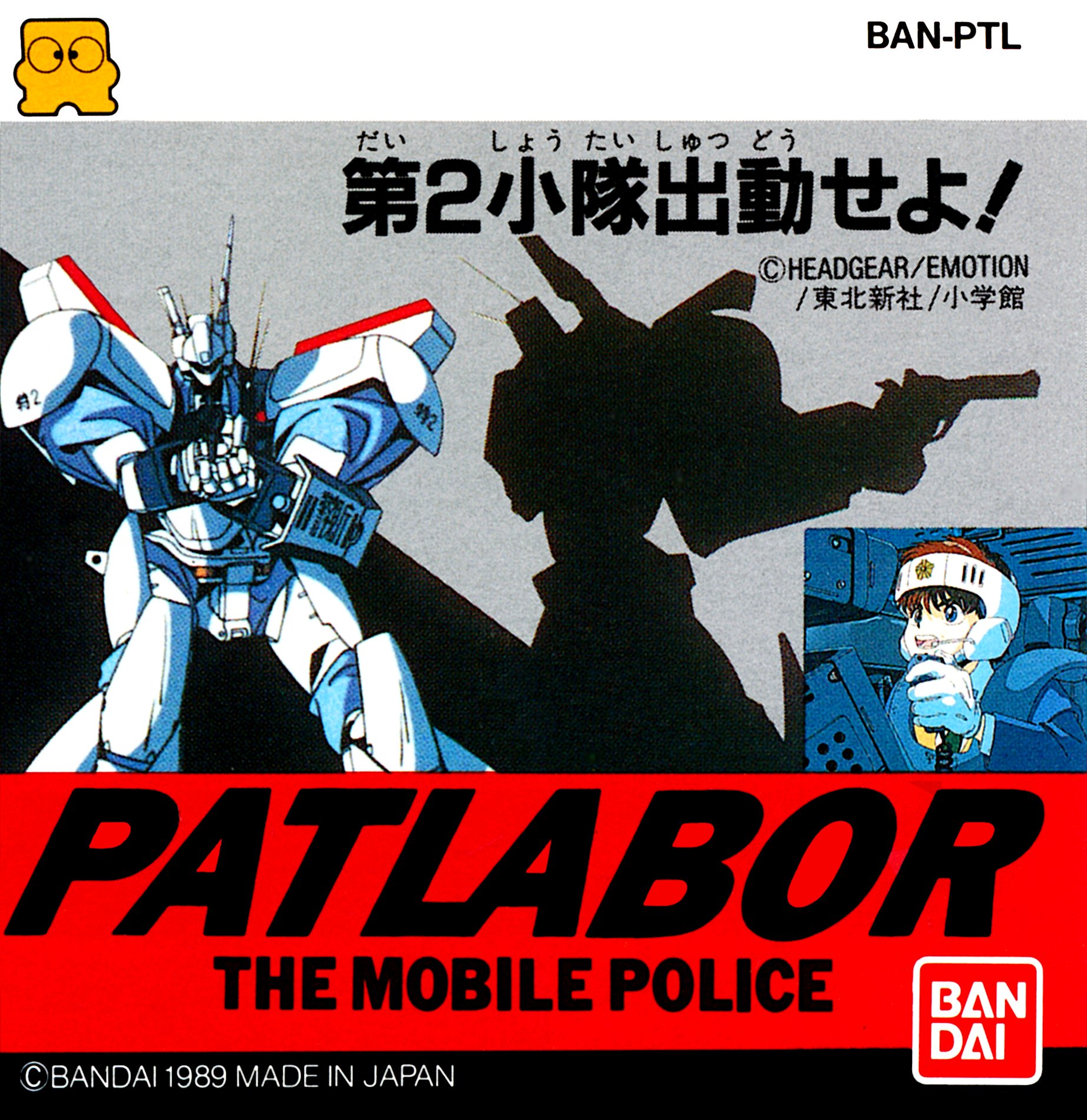 By GambierBae : September 7
Patlabor: The Mobile Police - Dai 2 Shoutai Shutsudou Seyo! is an action-platformer-shooter game from Bandai and yet another licensed game from the publishing giant. In this case, it is an adaptation of the anime and manga of the same name. Patlabor is a portmanteau of "patrol" and "labor", with labor being the common name for technologically advanced mechanical walkers used by various construction companies to perform heavy-duty work that a human wouldn't be capable of achieving on their own. Because more and more of these labors are being hijacked by criminals, an equally powerful force of police-issued labors are commissioned and manned by members of the police force. The show follows Section 2 of the Mobile Police Patlabor division in particular. The game is divided between side-scrolling platformer/run-and-gun levels and first-person shooter modes in which the player character, in their patlabor, must keep the peace by subduing criminals and other villains, some of which have their own labors.