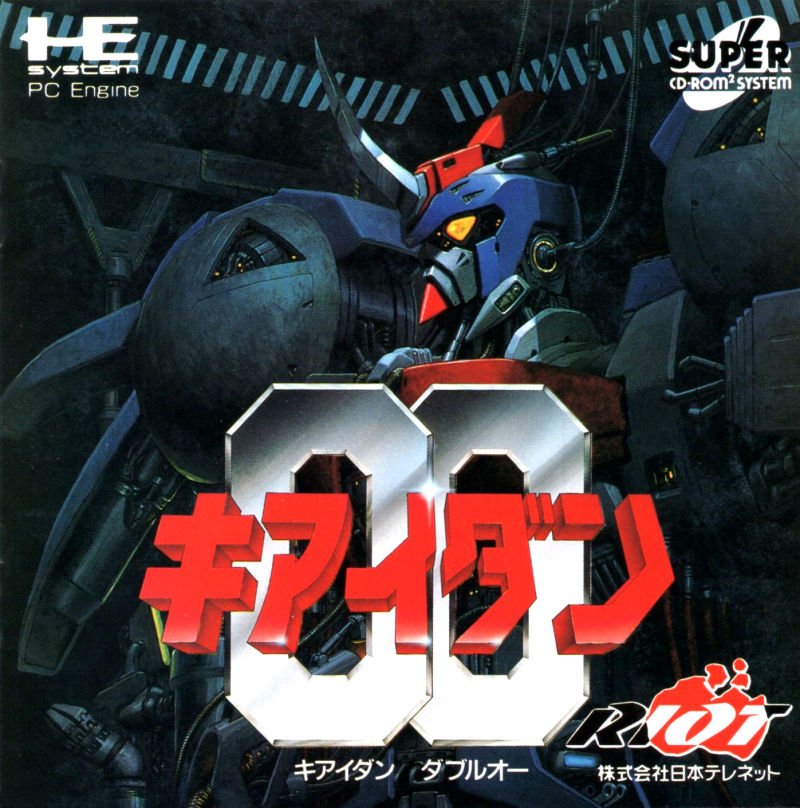 In 21st century, Tokyo was suddenly attacked by combined forces of robotic and organic alien races. A special giant mecha fighter craft was constructed in order to avert the threat. A young pilot is sent on the most dangerous mission of his life.

Kiaidan 00 is a horizontally scrolling sci-fi shoot-em-up. The basic gameplay is similar to other games of this genre; however, the weapon system differs from the traditional power-up and upgrade style. The player character has all the weapons at his disposal from the very beginning. The five weapons include spreading energy blasts, focused multiple shot, laser beams that travel in different directions, an energy ball that protects the ship from frontal assaults, and an extended arm that hits enemies melee-style. The player can cycle through and choose any of these weapons at any time.

Instead of the traditional secondary weapon system the game offers charged modes for all the weapons. When a weapon is charged it either becomes more powerful or gains new properties (for example, the extended arm becomes longer and is controlled from a distance). The player character's health is represented by shield units, which can also be picked up in the stages. Dialogue and cutscenes advance the story between and within missions.