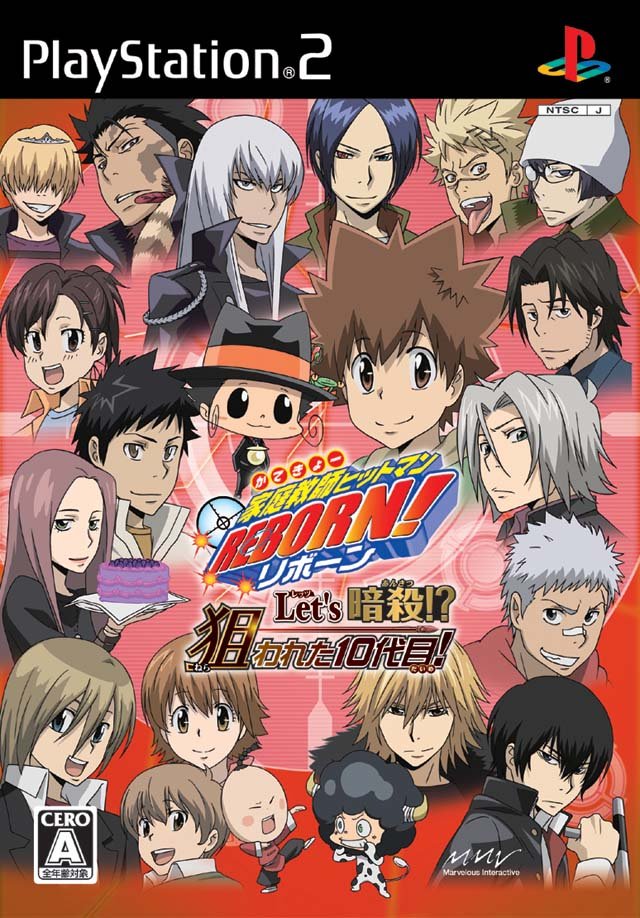 By LermiteRaijin : April 14
Katekyoo Hitman Reborn Let's Ansatsu Nerawareta 10 Daime is a Visual Novel, inspired by the manga by Akira Amano and developed by Takara Tomy and published by Marvelous Entertainment, which was released in Japan in 2007. The player plays the role of a ninja apprentice, whose mission is to assassinate Tsuna Sawada, the main character of the work. To do this, the player must interact with Tsuna's relatives so that he can then use his appearances as a disguise and attack. With each attack, a crosshair appears in front of the victim and the player must press a button each time one of the icons that move on the screen is in the center of the crosshair.