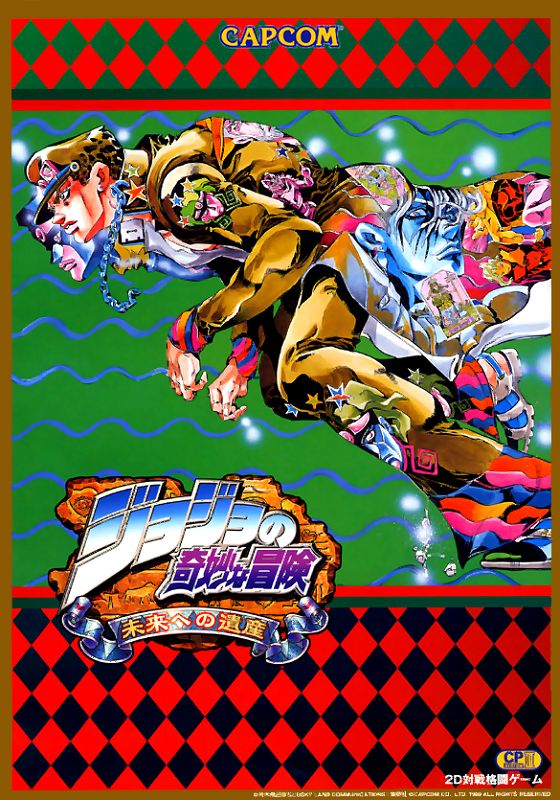 JoJo no Kimyouna Bouken: Miraie no Isan, based on the manga's third main story arc, Stardust Crusaders, the game follows a Japanese teenager named Jotaro Kujo, who has developed a supernatural ability known as a "Stand". Approached by his grandfather, Joseph Joestar, Jotaro learns that this power is the result of the influence of the sworn enemy of the Joestar family, a vampire named Dio Brando. As his mother's life is put in danger when she starts developing a Stand that she can't control, Jotaro and Joseph go on a quest to destroy Dio so they can cure her.

Gameplay in JoJo's Bizarre Adventure follows most standard fighting games, in which two fighters battle against each other using a variety of attacks, techniques, and special moves to deplete their opponent's health bar. A super meter which increases as fighters deal and receive damage can be used to perform character-specific super moves.