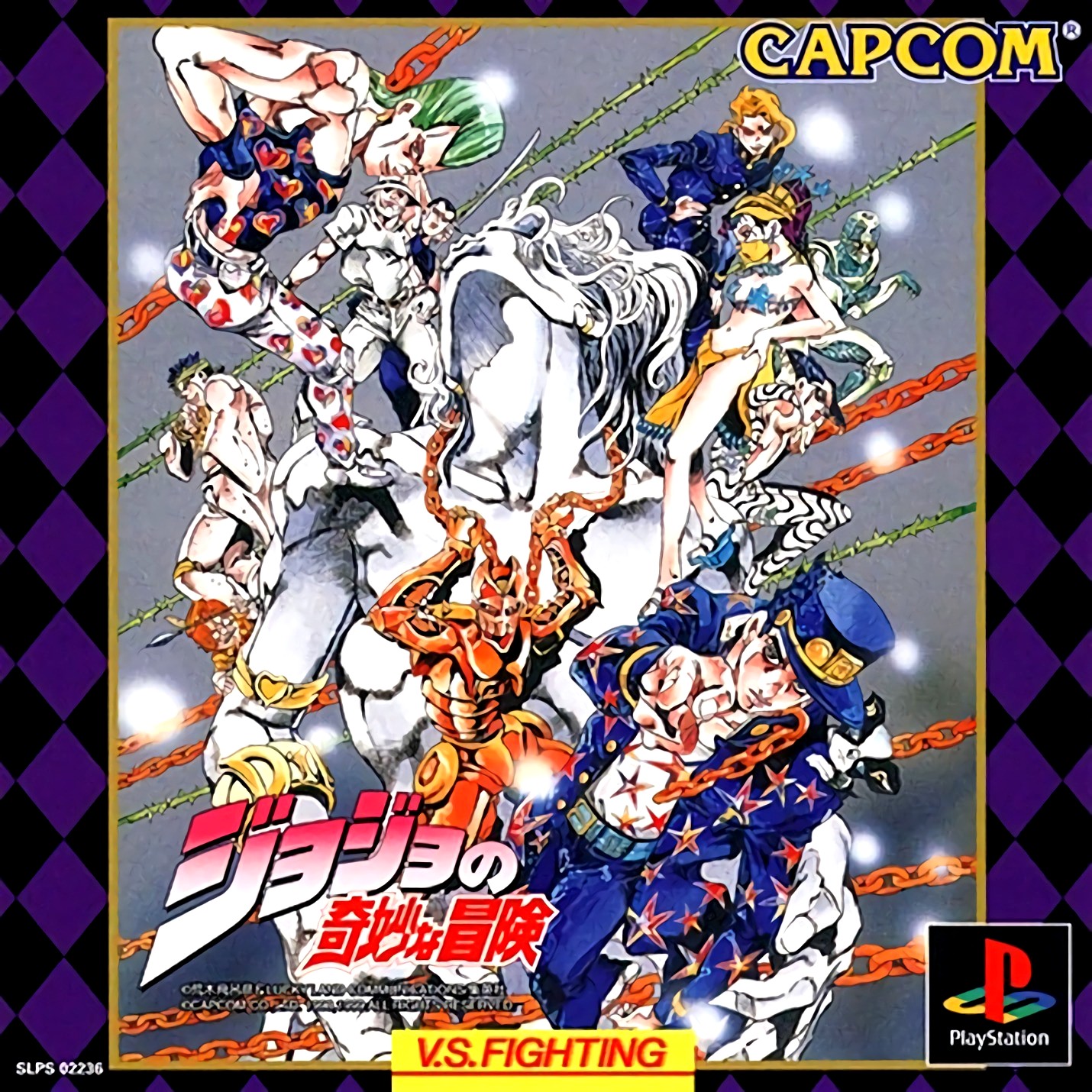 Based on the Japanese manga/anime of the same name, JoJo's Bizarre Adventure is a 2D fighter from Capcom. Take on the role of one of 18 characters and battle your friends in Arcade Mode, or take on the role of Jotaro "JoJo" Kujo and his friends in Super Story Mode as they battle their way to the evil vampire, Dio Brando, in order to save the world!