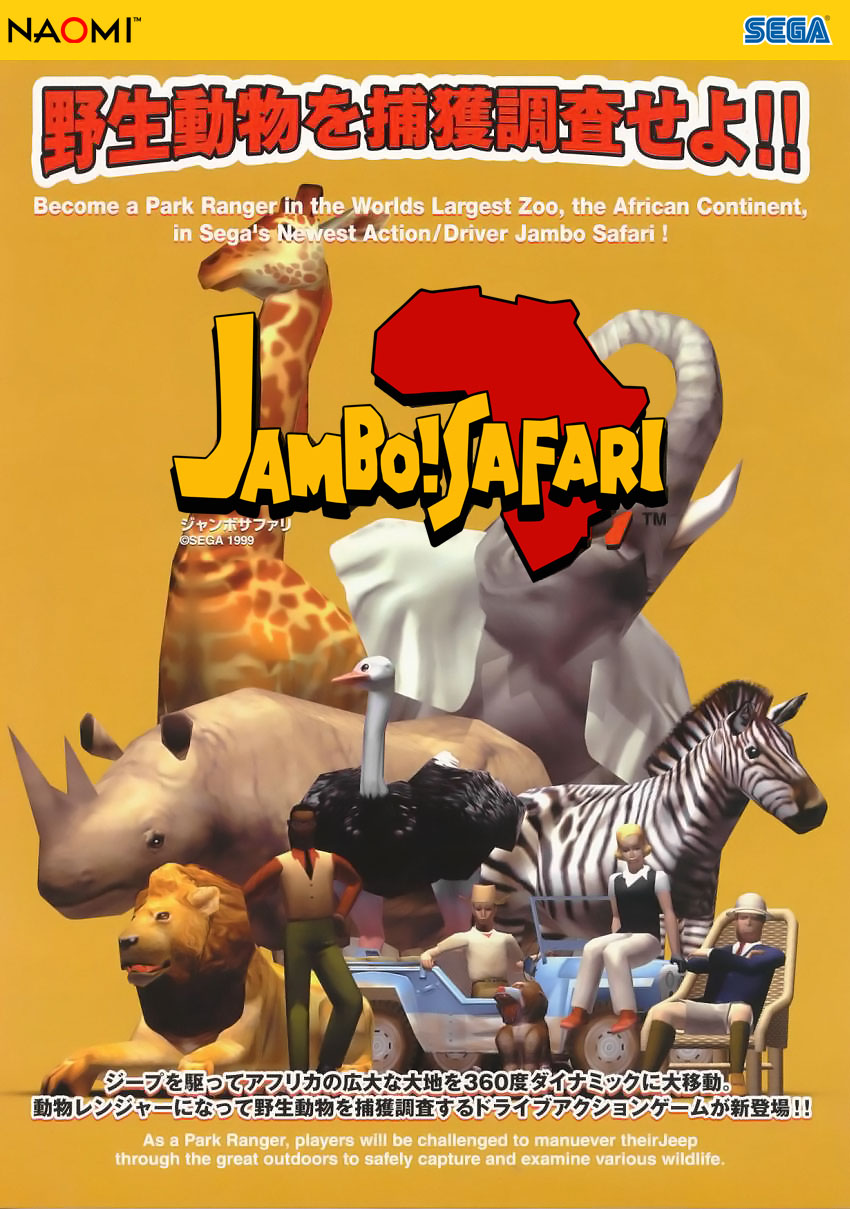 By RomStation : November 5, 2010
Jambo! Safari is a driving adventure game developed by AM2/AM3 and published by Sega for the Sega NAOMI arcade system in 1999. The game was ported to the Wii and Nintendo DS ten years later by Full Fat with the title Jambo! Safari: Animal Rescue. In Europe and Australia the Wii version is named Jambo! Safari: Ranger Adventure.

Although Jambo! Safari was released on the Dreamcast-based NAOMI hardware, it was never released for the Dreamcast itself. The Official Dreamcast Magazine (UK) reported that it would be released as part of a compilation with Brave Firefighters and Emergency Call Ambulance, but no such compilation materialised.

In Jambo! Safari, players take the role of a park ranger studying wildlife. In order to research animals, the player must drive a jeep through the serengeti and capture several different species of animals by using the gear shift lever to launch a lasso. When an animal is lassoed, the player must carefully "reel in" the animal, being careful not to break the rope. The Wii version has the same gameplay as the arcade game, modified to accommodate the Wii's motion controls. The console version also features updated graphics, allows the player to customize characters and vehicles, and features several new gameplay modes, where players can interact with captured animals, treat their injuries and feed them. Cooperative missions and 4-player party games were also added.