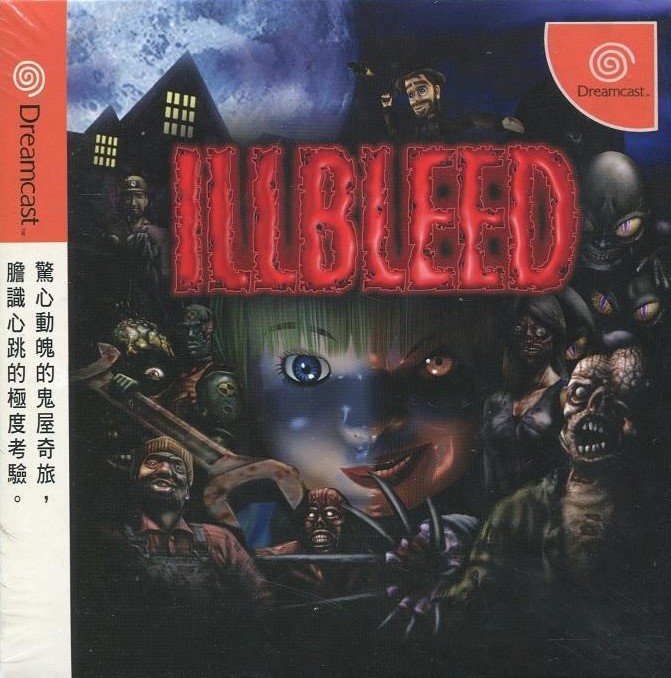 By Nanoman6666 : March 26
B-movie horror-film producer Michael Reynolds offers a million dollars to anyone who can survive his terrifying movie-themed park, Illbleed. Four teenage horror fans, Eriko Christy, Kevin Kertsman, Randy Fairbanks, and Michel Waters, receive invitations to the ghastly park. Filled with enthusiasm, Kevin, Randy, and Michel carelessly rush to Illbleed, leaving behind young Eriko. Eriko eventually heads to Illbleed to search for her now-missing friends. Eriko must find her friends, survive the horrors of Illbleed, and get out alive, if she can.

Each "amusement" in Illbleed is based on one of Michael Reynolds' horror films, from the worm infested drive-in theater of Revenge of the Worm to the trap-laden supermarket of Killer Department Store. The player can choose to play a level with any of the kids that have been rescued, and one character is trapped in each of the attractions. Robots modeled on the movies' monsters populate each attraction as well, and each is programmed to attack and kill attendees. In addition to the robots, every room in an attraction is fitted with traps to surprise and hurt. If the player character becomes too surprised they'll die of a heart attack. Prize money is awarded for surviving each attraction, and can be used to upgrade a character's stats or buy items.