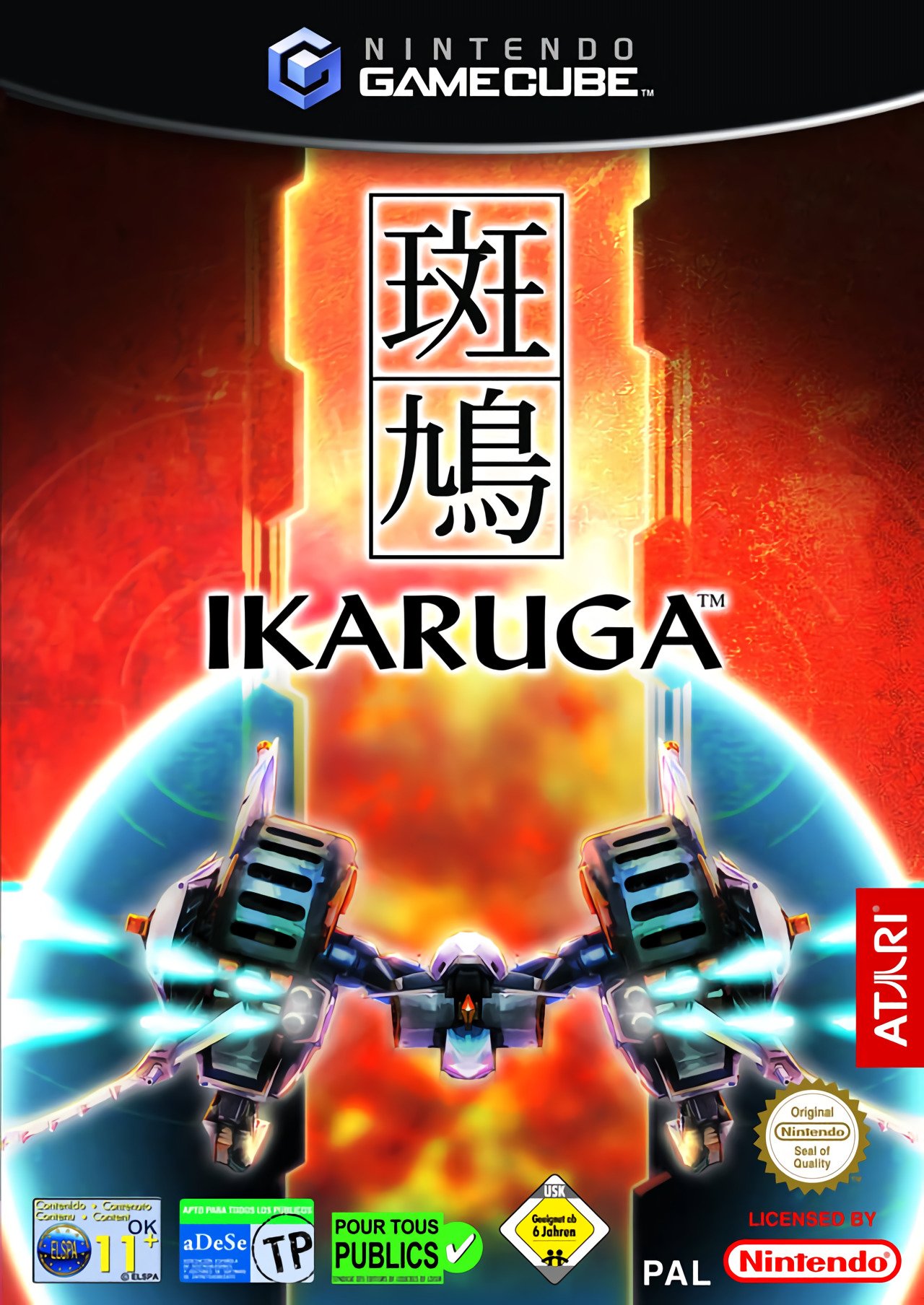 By Anonymous0 : October 14, 2020
Vertical shoot-em-up ported from the Naomi Arcade version. Ikaruga is more or less a sequel to Radiant Silvergun by Treasure, on the Sega Saturn.

Based on a two-colors system, the player has to switch between the black & white sides of his ship during gameplay. The black side is immune to black enemy bullets which it considers as a bonus, and dies on impact with white enemy bullets. Your own black bullets damage white enemies twice as more as white bullets. And vice-versa for the white side. Those properties make a balance between protecting yourself well and killing enemies fast.

This aspect, combined with specific enemy patterns and a combo system makes Ikaruga an original shoot-em-up with a dose of strategy.