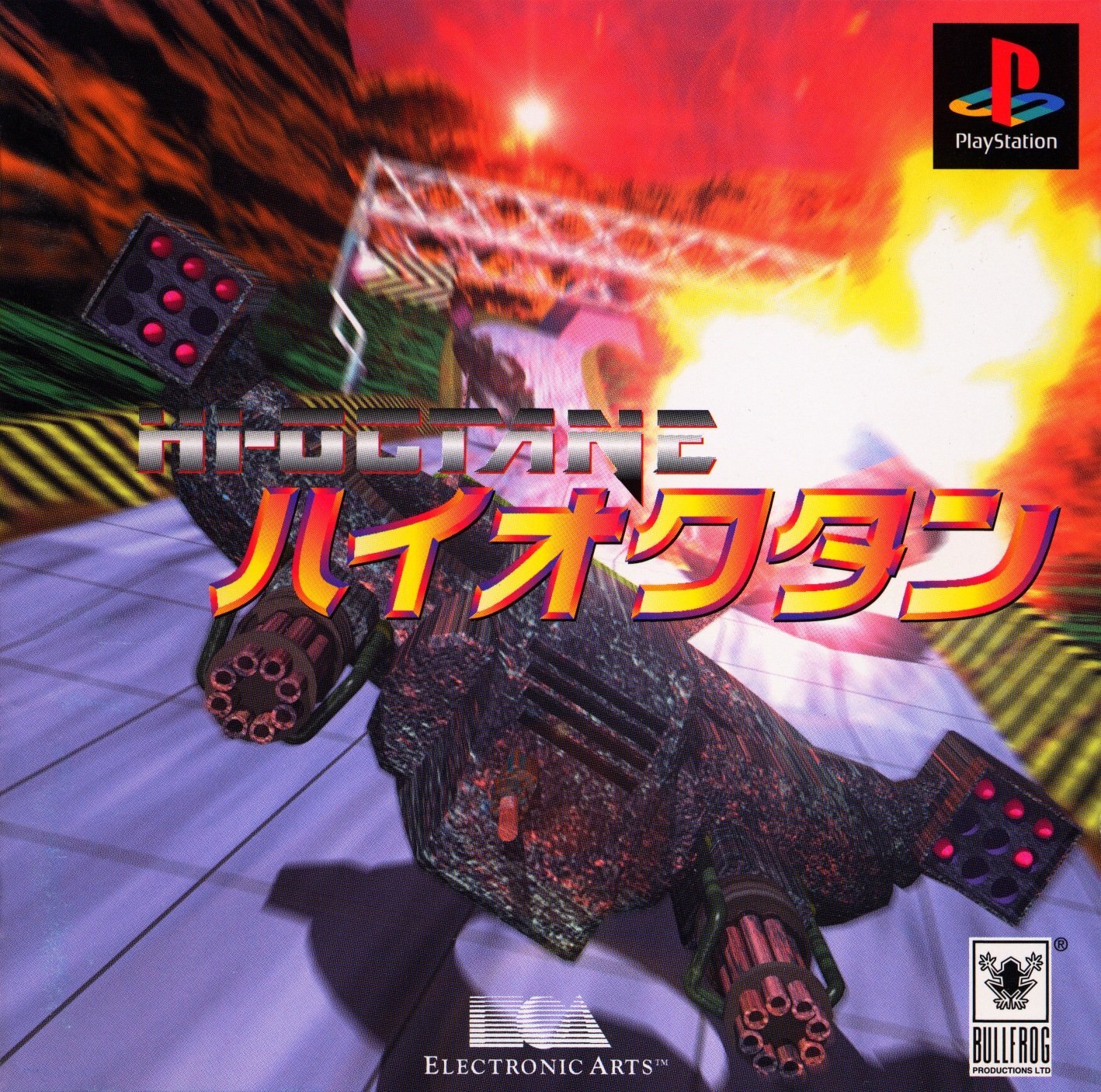 By GambierBae : June 21
A futuristic racing game with hover cars, in the same line as Wipeout, using a modified version of the Magic Carpet 2 engine.

Gameplay takes a straightforward approach, with the directional keys controlling the steering and throttle, and three keys to fire the minigun, missiles or charge the booster. While the minigun has unlimited ammo, both fuel, armour and missiles must be replenished by passing through some marked areas or picking up powerups in the track or by left destroyed opponents. While the vehicles float on the track they are still influenced by the ground material: they slow down on dirt and even more on water. Each track has a number of shortcuts or alternate routes that offer powerups, and some tracks feature gates and ramps that open or close randomly.

Includes 9 tracks and several game modes (for Saturn owners and PC players with the 1.2 patch installed) such as single race mode (with option to change the number of laps), a Championship mode, Split Screen, Clone Race (beating the ghost of the best race time), Death Match (Where instead of finishing first what matters is finish alive and with the most kills) and Hot Seat, where up to eight players can compete in the same race by taking turns, with the computer taking control of the players' vehicles waiting for their turn. There are six hover cars to choose from: the fast Flexiwing and Outrider, the balanced KD-1 Speeder and Vampyr and the slow but armed to the teeth Berserker and Jugga. In addition to the natural capacity of each, their Minigun, Missle and Booster capacities can be upgraded by picking up powerups during the race. There are Eight teams to choose from, which change the colour of the vehicle: Mad Medicine (white), Bullfrog (aqua green), Storm Riders (purple), Fire Phreaks (orange), DethFest (blue), Foo Fighters (yellow), Gorehounds (red) and Assassins Anonymous (black).