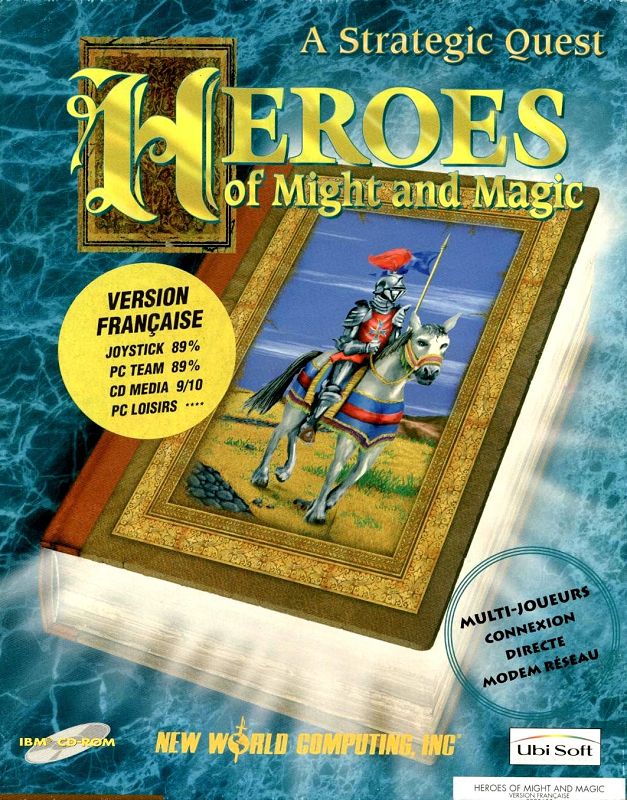 Heroes of Might and Magic is a turn-based strategy game in which the player takes on the role of one of four different heroes: the warlock, sorceress, barbarian, or knight. As the hero the player must build up his or her castle by adding different buildings to earn different units to strengthen the hero's army with. Units include dragons, cyclopes, phoenixes, paladins, and many more fantasy creatures. Bulidings and units cost money and resources. Buildings can also be upgraded to unlock new unit types.

Another aspect of the game is exploring the world and discovering treasures, spells, mines to gather resources, nomad camps, magic lamps, ultimate artifacts, and more. The game uses a top down map in which the player can move his heroes a number of spaces each turn. Whenever the player encounters an enemy hero or castle a battle is shown in a close-up view.

During battles all the player's units are shown as stacks. The player can move these stacks around on a hexagonal grid. Different units have different movement and attack capabilities requiring different strategies to use and overcome.

The goal is to defeat all opponents by conquering their castles and defeating their heroes in battle. The player must also defend his own castles from enemy attacks. The player's heroes can collect spells to use in battle and can boost the units under their command, but they otherwise don't have a presence on the battlefields. The heroes collect experience points in typical RPG manner which boosts their stats. In addition items can be collected for additional bonuses.