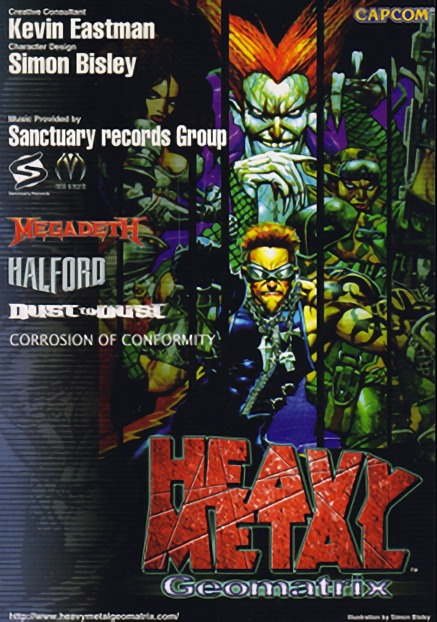 By GambierBae : March 13, 2020
Based on the Heavy Metal world created by Kevin Eastman and Simon Bisley, this fighting title allows you to take control of a team of three fighters, ranging from a basic all-rounder, or a lightning fast female to a huge bulky mass of power. Of course, they are all a mix of human and humanoid, and depending on their strengths, have a range of different moves and styles.

The main aim of the game is to defeat each of the opposing 3-man teams ahead of you, and dominate cyberspace.

The game mixes a little of Street Fighter with a dash of Virtual On, allowing you to fight in close or use long range attacks all inside a 3D landscape.