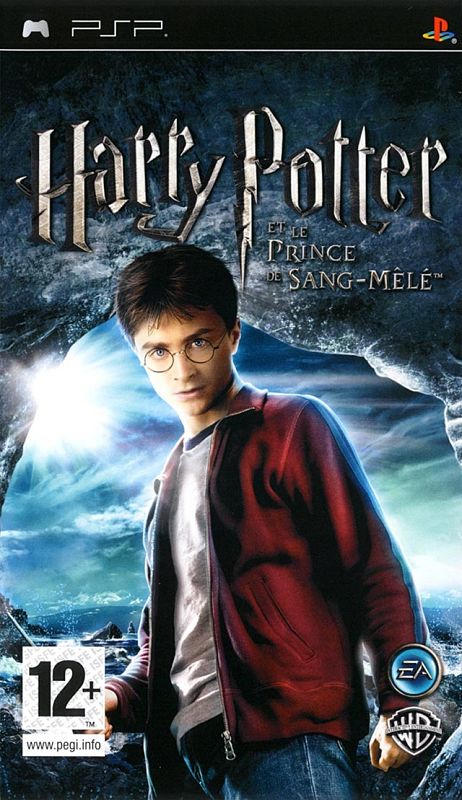 Harry Potter and the Half-Blood Prince is the sixth main title in the Harry Potter series of adaptations, released as a tie-in with the movies and based on the fantasy series by J. K. Rowling. It is set in the sixth year of Harry Potter's education at the Hogwarts School of Witchcraft and Wizardry, where most of the game takes place. While exploring the past of Lord Voldemort, Harry's antagonist, mainly through the private tutoring of Dumbledore where collective memories are experienced, Harry will learn of what needs to be done to deal with Voldemort once and for all. Many other characters such as Bellatrix Lestrange, Draco Malfoy and Snape are also present, along with the regular cast. Meanwhile, Harry also has to deal with his adolescent life and the emotional experiences that come with it.

The PSP and NDS versions are not a direct, linear adaptation of the movie, but instead take the player through a larger universe of the series, with many unrelated characters and tasks, eventually furthering the story through cutscenes. At Hogwarts, Harry, the sole character controlled by the player, has to perform many quests for other students, such as stopping bullies, collecting ingredients, or even finding back Luna's accessories that have disappeared. Hogwarts can be explored freely and quests are triggered through cutscenes or by talking to other characters. These are stored in a Remembrall log, where names or characters can be highlighted to find their location on the map.

Harry has to collect a number of valuables, that act as different currencies, by learning spells at the Charm's class. Spells such as Accio, Depulso, Reducto and Incendio can then be applied to objects in the environment to collect wizard cards, butterbeer, gobstones, chess pieces and stink pellets. These can be traded with other students a wide range of items, stored in an inventory. Another important aspect revolves around Harry and his friends enrolling in a Potion's class to become Aurors. Harry has to collect ingredients used to brew potions such as Draught of Peace, Induce Euphoria, Shrinking Solution and many more. The process is presented as a mini-game with quick-time events requiring timing, a correct sequence of buttons, or picking out the correct items. Based on the player's performance, a number of potions is provided.

There game also features mini-games integrated into the main game. The most important one is the Wand Fight, where Harry battles against other students in direct confrontations or in a global tournament. He can shoot a magic missile at two different heights and deflect incoming attacks. In addition, potions can be assigned to the directional keys to provide extra offence or defence. The other mini-games are Exploding Snap (a memory game), Traditional Gobstones (knock balls out of a circle), Wizard Skittles (a fantasy version of bowling), and of course Quidditch. Harry can also collect a number of trophies and Quidditch player cards. Certain sequences offer different gameplay, such as a chase with a first-person shooter interface.