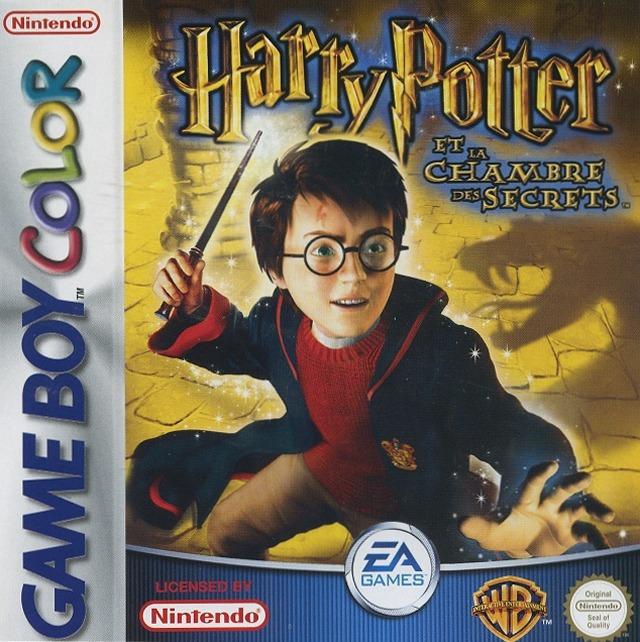 The second Harry Potter role-playing game follows directly on from the first, with mostly the same game mechanics, controls and even some of the graphics.

To unravel the mystery of the Chamber of Secrets, young wizard Harry Potter must fight turn-based battles and solve quests. In this game, he is not alone, as a party system was added: his friends Ron and Hermione (and some other characters) will join Harry in the battles. While Harry (as in the previous game) can use card combinations of Famous Witches and Wizards cards to produce special attacks and effects, his friends have other means: Ron can unleash his rat Scabbers in special rat attacks and Hermione, being the know-it-all that she is, influences combat through "lecture attacks", using helpful hints like "Be Careful!" (which increases defense, for example).

Gone is the potion-mixing from the first game, but aside from the party system, several other features were added: the Informous spell divulges information about strengths and weaknesses of enemies, which is stored and can be accessed later. To aid in finding one's way around Hogwarts, floor maps were added.

Like the first game, this one also includes several mini-games, including Quidditch, that once found in the game can be accessed from the main menu.