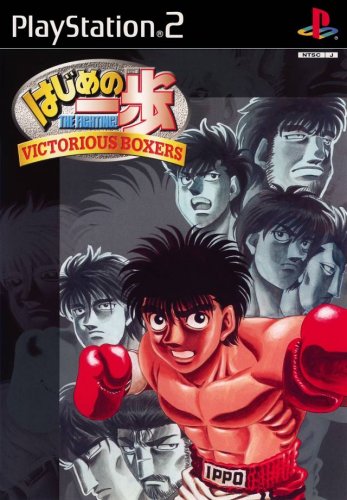 Hajime no Ippo: Victorious Boxers, known simply as Victorious Boxers in the U.S.A., is a boxing video game developed by New Corporation for the PlayStation 2 video game console and is based on the Hajime no Ippo franchise. The game was released in Japan by Entertainment Software Publishing in December 2000 and in North America and Europe by Empire Interactive in 2001.

The game features a mix of simulation and arcade-style boxing. The story mode, takes place in six linear segments that originally overlapped each other in the manga. The game's fights reflect the fights of the manga series. The beginning of the game focuses on Ippo Makunouchi's ascent to the Japanese featherweight championship, and then moves on to the careers of Ippo's sports comrades.

Victorious Boxers has received "generally favorable reviews", the visual style being poorly received, but its precision in boxing being praised. It was a commercial success in Japan, but did poorly in North America.

PCSX2 version 1.6.0 is not compatible with the game.