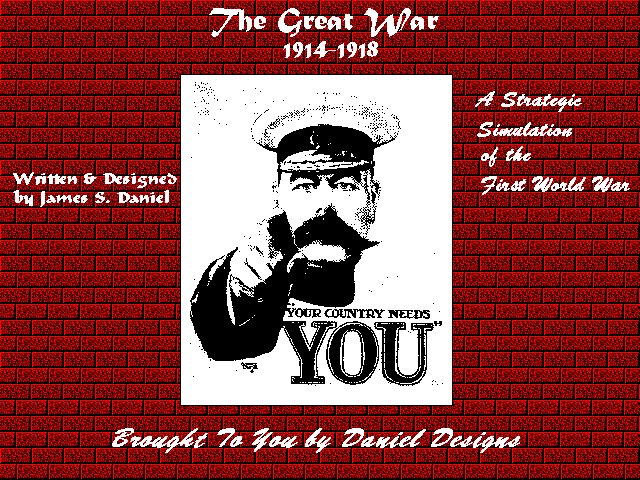 By RomStation : January 27
Not to be confused with the 1992 Blue Byte Studio release, this was an obscure shareware game by James Daniel. The Great War: 1914-1918 is a strategy simulation of World War I. The game takes place from a top down perspective of the region, with units represented by their countires flag. The game is fairly shallow, with limited options to defend, entrench, attack, or attack and advance. The game does follow a timeline however, which allows countries to enter the conflict as the game progresses, which can obviously change the tide.