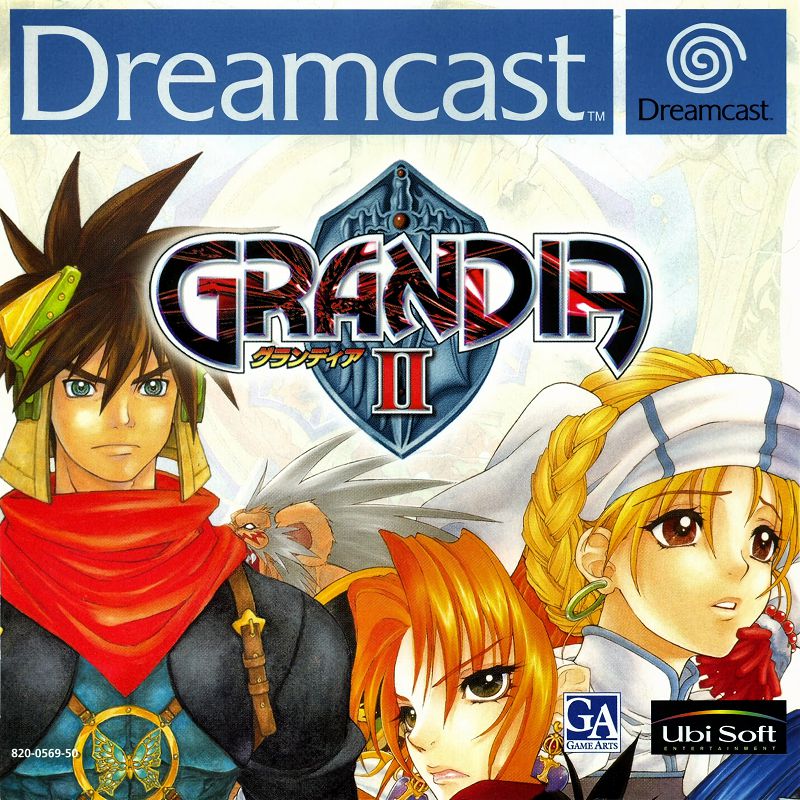 Long ago, the battle of light and darkness was held, pitting the god Granas against the demon Valmar. Though scars of the battle still mark the land, time has passed and the people of the world have built new civilizations and kingdoms to colonize the planet. The "Day of Darkness" will someday occur, heralding the resurrection of Valmar.

Ryudo is a "GeoHound", a mercenary available for hire, usually for slaying monsters and recovering goods. Working with a talking bird named Skye, who sites on Ryudo's shoulder, they will "do anything" if the price is right One day Ryudo receives a job from a branch of the Church of Granas, they ask Ryudo to become a bodyguard for a young priestess named Elena during a prayer ceremony. During the ceremony, strange events occur requiring Ryudo to escort Elena on a journey towards the

Grandia 2 is a 3D RPG, viewed from a top-down perspective for most of the game and a 3rd person view during battle. Controlling Ryudo, the player will explore various locations, locating townspeople and objects within an area to interact with. Towns and dungeons are displayed in the same manner, though dungeons tend to be mazes filled with monsters and towns tend to be friendly areas filled instead with conversation and shops. Any monsters present in these areas will be shown walking around. Walking over to and touching the monster in any way will activate a battle. If the monster notices the player approaching it is considered a normal battle, if Ryudo is able to approach undetected the player's party will gain the initiative in battle, if any party member besides Ryudo is approached by the enemy then the party loses initiative.

In battle, each character is able to choose from a list of actions that include "attack combos" (standard attack command), Special Abilities/Magic, "Critical Strike", Guard, Evade and Escape. Critical Strikes are weaker versions of attack combos with the advantage that they can block an enemy's action. This partly depends on the positions of the character on the action bar, displayed at the bottom of the screen, which shows each character (and enemy's) time to act within the battle. Some magic spells and special abilities are also able to block enemy actions, though they take longer to perform than normal attacks. Both combo attacks and critical attacks require the attacker to run up to the enemy in order to perform the action. This depends heavily on the character's individual movement as well as other characters acting as obstacles on the screen. Successfully defeating enemies in battle awards experience points, power points, magic points, gold and items.