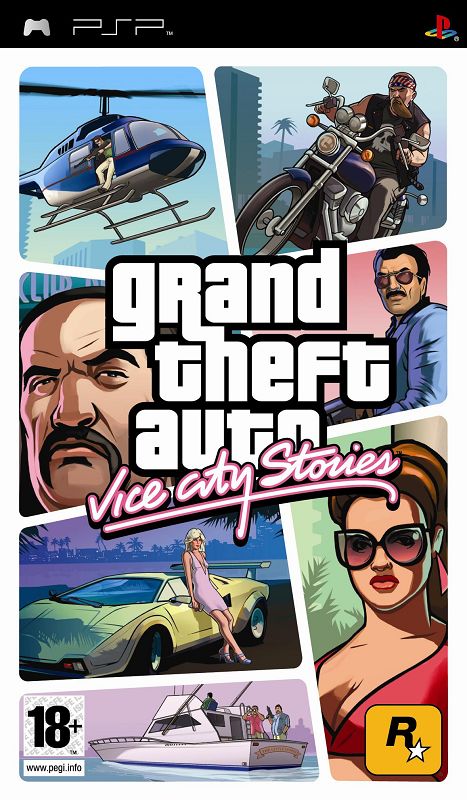 Vice City Stories is a prequel to Grand Theft Auto: Vice City (2 years earlier) and it is the sequel to Grand Theft Auto: Liberty City Stories. Set in 1984, players take on the role of Vic Vance, an army soldier who loves his country, family, and himself. One bad decision turns everything around and he is kicked onto the streets of a tough city. He has to build an empire to survive, or be left to die. Together with his brother Lance, a drug addict, the siblings try to take over Vice City.

Just like other GTA titles, gameplay consists of third-person shooting and driving sequences in an open environment. You will meet new enemies and gangs, and old foes. The missions require you to kill with a selection of weapons, steal vehicles such as a car, a boat, or a plane, rob to make it big, or just to have fun. New features for the portable version include swimming, and side missions such as Air Rescue, Vigilante, Firefighter, and Paramedic.

Similar to San Andreas' gang wars, this title has an Empire mode. To make money, you have to take over businesses from other gangs. By attacking and damaging rival businesses, it will be put up for sale, for you to take over. With a new building constructed, you can then choose an activity such as prostitution, drugs, protection racket, smuggling, robbery, or work as a loan shark. These activities earn money and the location in the city influences the revenue.