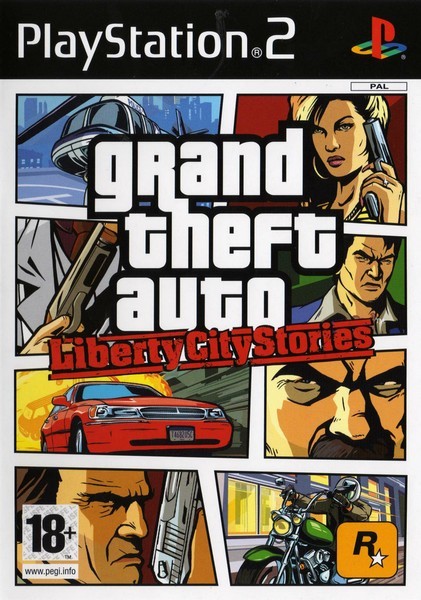 This is the next installation of the Grand Theft Auto series, now back in Liberty City, just like GTA 3.

This time, the action takes place in 1998, and you're in the footsteps of Toni Cipriani. As usual in the series, you start off pretty low and work your way up in the food chain of the mob, fighting wars with other mafia families and doing all other sorts of dirty work.

The game is part of the Grand Theft Auto universe, so there you'll occasionally encounter characters you met in previous games of the series, although the storyline is pretty independent and makes few references to previous incidents and events.

All the other well-known elements of earlier games are in: You can have little side-missions as a pizza delivery boy, vigilante, cab driver, and more.

The PSP version supports multiplayer gameplay. Up to six gangsters can compete in deathmatches, capture the flag, and king of the hill.