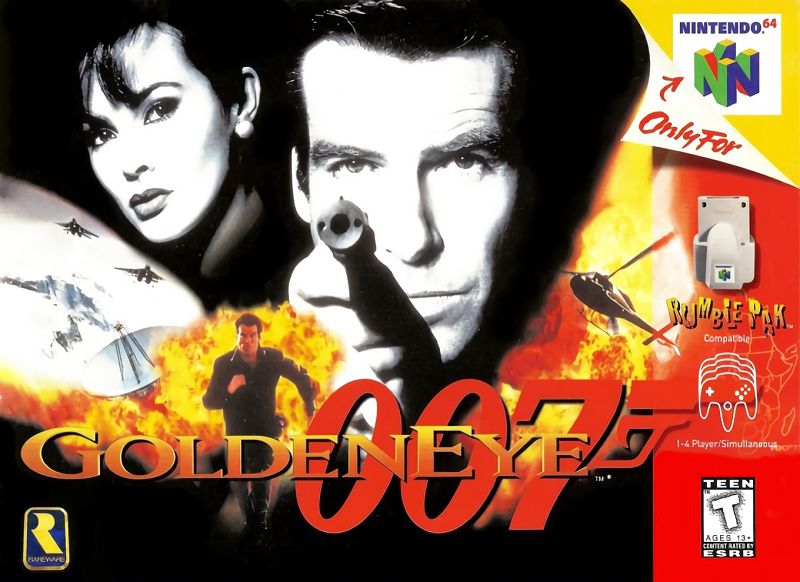 The name is Bond. James Bond. The famous hero of Ian Fleming's novels returns in this first-person shooter, which is based on the movie of the same name. Agent 007 and his friend Alec Trevalyan (a.k.a. Agent 006) were sent to Soviet Union on a secret mission. But everything goes wrong, James Bond barely escapes, and his friend is presumed dead.

Ten years later, a mysterious organization named "Janus" appeared. Commanding a new satellite called "GoldenEye", the organizations attempts to steal money electronically from banks, deleting all evidence of transfer. It's up to our Agent 007 to venture to Soviet Union once again, and to put an end to Janus' ambitions.

In this 3D action game the player controls James Bond from a first-person perspective, using a variety of weapons (from knuckles to grenade launcher) to eliminate his foes. However, many parts require the player to be careful, to stay unnoticed or to snipe guards from distance, since they will react to his presence and alarm their comrades. The game is divided into missions, and in most of them Bond will have to perform other tasks besides killing his enemies: disarm bombs, take pictures of important evidence, or avoid killing scientists. The game features a multiplayer mode with a variety of options, and three difficulty levels. Higher difficulty means, besides having to deal with tougher enemies, additional objectives needed to be fulfilled in order to successfully complete the level.