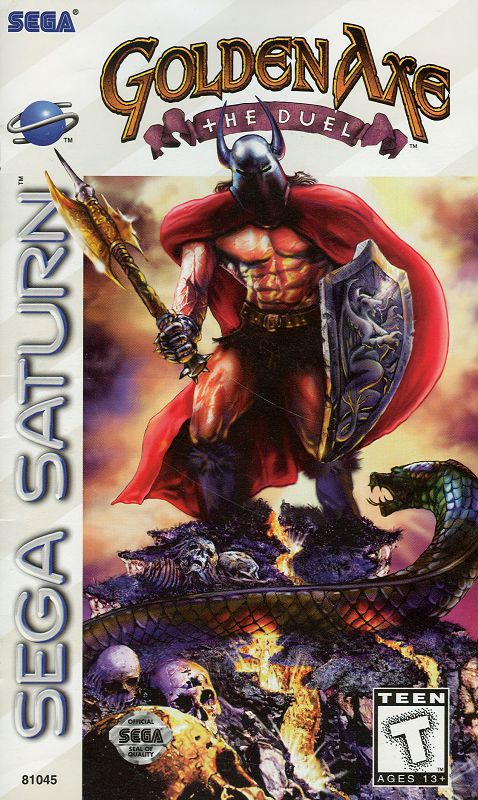 This is a one-on-one fighting game in the vein of Street Fighter 2 and Samurai Shodown featuring the cast of Sega's Golden Axe games (actually their fictional descendants). The game's story is that Death Adder has been resurrected and stolen the legendary Golden Axe from Gilius Thunderhead's family. For some reason Death Adder decided to set up a Street Fighter-like tournament to give his enemies an opportunity to slay him and prevent the end of the world.

The game play formula follows Street Fighter 2 closely with several playable characters that are essentially the same as the cast of the original Golden Axe (for all extents and purposes).

It’s essentially an elimination tournament with each character having special moves similar to that of Street Fighter 2 characters. You can play against another player or against the computer. It does feature scaling backgrounds similar to Samurai Shodown.